When Traveling For Love Ends In Heartbreak 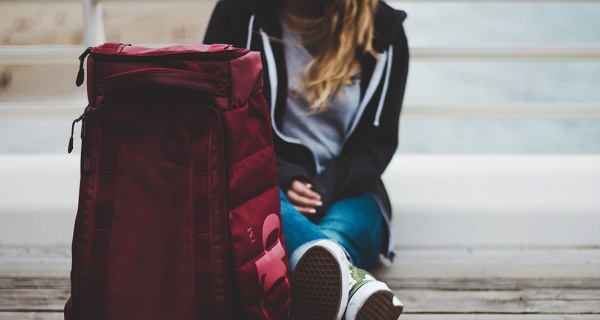 As I sat in the musky smelling motel, I picked up my phone.

I pressed call and waited for an answer.

I didn’t know it at the time, but a f*ckboy who had told me he loved me was currently ghosting me.

For the purposes of this story, we’re going to call him Spencer (not his real name).

Spencer and I had attended a wedding in America together just two days earlier.

My best friend from back home in Australia had just married one of his friends, who he’d been in the Marine Corps with.

We’d all met four years earlier when I traveled to America for a dancing performance.

I had a boyfriend at the time, but Spencer and I exchanged numbers and kept in touch as friends when I returned home.

When my boyfriend and I broke up, Spencer was there for me.

He told me I deserved the world and that no one should ever be allowed to treat me like that.

He told me he hadn’t stopped thinking about meeting me two years earlier.

I felt the same.

We chatted every day via text and Skype, navigating the different time zones to make sure we never went a day without speaking.

He’d set his alarm for 4 am so he could fit in an hour of Skype before heading out into the field at the marine base.

During this time, I decided I wanted to do something bold.

I applied to go on exchange in America, knowing I’d be able to see Spencer during my trip.

So, six months later I was boarding a plane to New York to undertake an exchange semester.

After six long months in New York, I was about to book my ticket to see Spencer in California when he decided he no longer wanted to see me.

I was absolutely gutted.

A few months later, I’d returned home and had moved on with my life when I received a message.

It was from Spencer.

I messed up. It read. Followed by a novel explaining how he’d do anything to make it up to me.

So, another 18 months and hundreds of Facetime calls later, I was back in America a third time, this time as a bridesmaid for my best friend’s wedding to Spencer’s marine buddy.

I flew in a week before the wedding so I could spend time with Spencer.

It had been four years since we’d seen each other and two years since I’d moved to America in the hopes of seeing him.

A million thoughts ran through my head.

What if he doesn’t pick me up from the airport?

What if he bails again?

I prepared myself for the worst, but there at the international gate, was Spencer waiting for me when I arrived.

As soon as I was with him, all my worries disappeared.

Everything we’d been through seemed worth it, because now we were finally together.

We spent the next three days in love, blissfully ignorant that we lived on opposite sides of the world and the practicality of us ever really being together was slim.

But surely if our friends could make it work, so could we.

In those short three days, I had made up my mind that I’d return home to Australia, work for another year and then quit my job so I could move to be with Spencer.

I was happy to throw away my life and my career for a guy that had bailed on me once before and sure enough, was going to do it again.

This brings us to the hotel room.

Spencer and I had said goodbye after the wedding, and I was meant to be returning back to his place when he suddenly said his Dad had moved back in and I couldn’t stay.

“Get a hotel room in the city and I’ll stay with you there,” he said.

So, I quickly booked the first room I could afford.

Surely a 3-star motel called The Red Roof Inn couldn’t be that bad?

Once I arrived, I called Spencer.

He didn’t pick up.

Over the next two days, he sent a few more messages saying he was busy.

I never heard from him again.

It’s been almost a year since that day and not a word from Spencer. I was prepared to give up my whole life and move to the other side of the world for someone who literally left me stranded in a foreign country. I know so many girls and women who, like me, wear their hearts on their sleeves. We like to see the good in people and believe that people can change. We give people endless chances, only enabling them to hurt us over and over.

When Spencer left me in that hotel room, I was heartbroken. I assumed that there was something I must have done to make him abandon me like that. Since then, I’ve had a lot of time to reflect and there are important lessons I’ve learned that I want to share with girls everywhere – especially hopeless romantics like myself.

Don’t settle for someone who treats you less than what you deserve. If you have a friend whose boyfriend treats her amazing – set that as your standard and don’t settle for anything less.

Some people genuinely don’t care how their actions affect other people. What us girls can do though, is stop blaming ourselves for people being shit. Know your self worth because at the end of the day the problem is them, not you.

The pain will pass

Sitting in that hotel room, alone, was one of the most awful things that has ever happened to me. I felt ashamed that I had let someone do that to me. But I realized it wasn’t my fault and there was nothing I could’ve done to prevent it from happening. I felt like the tears would never stop but time really does heal a broken heart.

So there you have it, the ultimate ghosting story. Oh, but did I tell you what happened next? I got on a plane to Hawaii and had a kickass holiday shopping, drinking cocktails and tanning on the beach.

Now THAT’S how you say ‘f*ck you’ to heartbreak!

Lauren is a journalist and writer living in Sydney’s Eastern Suburbs. She’s a country girl at heart, having grown up in Bathurst, NSW, but swapped her riding boots for working shoes when she got a job working for a women’s magazine in the city. Lauren is passionate about health, fitness and mental wellbeing. When she’s not writing about true crime or quirky animal adventures, Lauren is doing the things that make her soul happy like lifting heavy weights at the gym or cuddling with her dog, Ted. You can follow Lauren on her Instagram @lauren_irvine