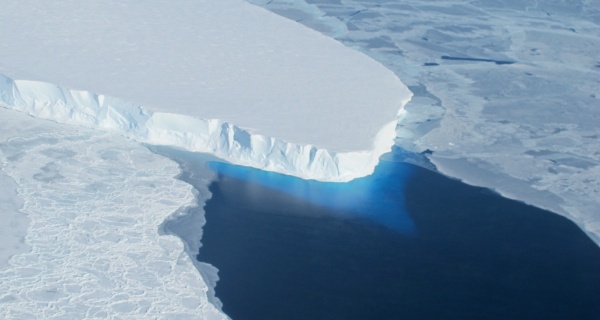 Date Posted: Tuesday, April 23rd, 2019
Oceans are hotter than they've ever been in recorded history. Ice Sheets are melting at unprecedented rates. Sea-level rise threatens countless species, coastal cities, and local economies.
As researchers' warnings about the consequences of climate change get more dire, some scientists and politicians are suggesting we do more than just curb our greenhouse-gas emissions — they want to hack our climate.
The technical term for this is geoengineering.
The concept evokes fantastical images of weather-controlling satellites, giant space mirrors, and carbon-sucking tubes. But some techniques for modifying Earth's atmosphere aren't in the realm of fantasy.
In fact, discussions about manipulating the atmosphere to cool the planet are growing increasingly mainstream. Climeworks, a company that captures carbon dioxide from the air, opened its first commercial plant in Switzerland in 2017. Y Combinator, Silicon Valley's largest incubator, has requested proposals from geoengineering-focused start-ups. And some political candidates, including presidential hopeful Andrew Yang, think the US needs to beat other countries to these technologies.
But other experts are less than convinced that these planet hacks are a good idea.
"The side effects may be almost as bad as the disease you're trying to cure," author and environmental activist Bill McKibben told Business Insider. What's more, McKibben said, geoengineering does little to address other problems that arise from greenhouse-gas emissions, such as ocean acidification.
Here are 11 potential geoengineering methods that have been proposed so far.
Carbon capture and storage (CSS) is becoming widely accepted as a safe and potentially effective climate-change-fighting tool. Many people see it as a way to simply undo the changes that human activity is already causing.
Power plants in the US and Canada have already started utilizing CSS to lower their emissions. In the fall of 2014, the Boundary Dam Power Station near Estevan, Saskatchewan became one of the first power stations in the world to successfully use the technology.
According to the Center for Climate and Energy Solutions, 21 commercial-scale carbon capture projects are operating around the world, and 22 more were in developmentas of 2017.
In some cases, CSS technology can also prevent carbon emissions from entering the atmosphere at all. Instead, carbon dioxide that's created when coal burns or electricity is generated can be captured in a plant, then transported and stored somewhere else.
Some companies are already developing promising carbon-capture technologies.

Norway's state-owned carbon-capture technology coordinator, GassNova is facilitating financial support for the development, demonstration, and pilot studies of CCS technologies in the country.
A New York-based start-up, Global Thermostat, uses carbon sponges to absorb carbon dioxide directly from the atmosphere, smokestacks, or both.
The company is building its first commercial-scale direct-air carbon-capture plant in Huntsville, Alabama. Global Thermostat cofounder Graciela Chichilnisky told Grist that once the plant is up and running, it will suck "up to a million tons of CO2 per year or more — all removed from air,"
Carbon Engineering, a British Columbia-based company owned in part by Bill Gates, is also striving to open commercial plants to pull carbon dioxide directly out of the the air.
According to the Carbon Capture and Storage Association, storage sinks for captured carbon are typically deep underground in depleted oil and gas fields.
A Saskatchewan-based carbon storage effort, the Weyburn-Midale CO2 Monitoring and Storage project, has successfully moved and injected stored carbon into two depleted oil fields.
In 2008, a facility on an island in the Barents Sea stored nearly 4 tons of carbon in an offshore subsurface reservoir.
These storage units are sometimes called bioreactors. A company in Quebec City, Canada called CO2 Solution has genetically engineered E. coli bacteria to produce enzymes that convert the carbon dioxide into an alternative form called bicarbonate.
According to a 2010 study, algae ponds are also effective at naturally capturing carbon through photosynthesis.
In May 2017, the Zurich-based company Climeworks opened its first commercial carbon-capture plant, which compresses captured carbon dioxide and turns it into fertilizer.
Blue Planet takes carbon dioxide that has been captured from factories — like California's largest power plant in Moss Landing— and turns it into into a limestone coating that covers the company's proprietary concrete building material.
Blue Planet's products aren't yet available in big enough quantities for large-scale projects, according to Caltrans, but the company is currently developing a larger production facility in the San Francisco Bay Area.
Despite the fact that Blue Planet's products aren't on the commercial market yet, its bicarbonate rocks were included in the construction of part of San Francisco International Airport.
This is also called solar radiation management or albedo modification. (Albedo is the term for how much light or radiation is reflected back from Earth's surface.)
Ultimately, solar geoengineering aims increase the amount of solar radiation that gets reflected out into space from Earth in order to cool down the planet.
But none of these technologies have gotten off the ground yet, so to speak. In fact, most are so controversial that they haven't even been tested.
The idea for solar geoengineering is inspired by the effects of volcanic eruptions.