A Look At How Much The Average McDonald's Earns Every Year 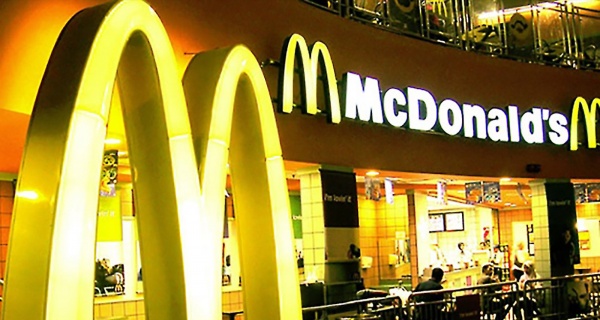 The company itself is booming, but what does that mean for an individual franchise owner?

McDonald’s is one of the ultimate examples of a Great American Success Story. What started as a small-time burger joint in 1948 would eventually grow to become one of the most recognizable chains in the world, with more than 37,000 locations globally by 2017.

Considering its wild success in the food world, it’s no surprise that McDonald’s restaurants make some mind-blowing cash, raking in about $37.5 billion a year in U.S. sales alone. But that’s the total for the corporation, which has the advantage of thousands of stores working toward that total revenue. How much can an individual restaurant expect to make per year?

McDonald’s has about 14,000 stores nationwide, as of 2017. If you’ve already been doing the math in your head, you’ll realize each location makes an average of $2.7 million annually, according to QSR data. That number has been increasing steadily over time, inching up from a $2.1 million average ten years earlier. Check out more facts about McDonald’s you never knew.

Making you see dollar signs? Don’t quit your day job to open a Mickey D’s just yet. New restaurants require a $45,000 franchise fee to the company, not to mention the cost of building and decking out the restaurant. The initial cost can run anywhere from $1 million to $2.2 million, and the owner can only get up to 60 percent of that financed, according to the McDonald’s website. The rest would need to come out of your own (very deep) pocket. From there, owners need to keep paying a 4 percent service fee every year, not to mention rent and employees’ wages. But there is hope for those who dream of running a fast-food restaurant: This is why it’s so cheap to open a Chick-fil-A.