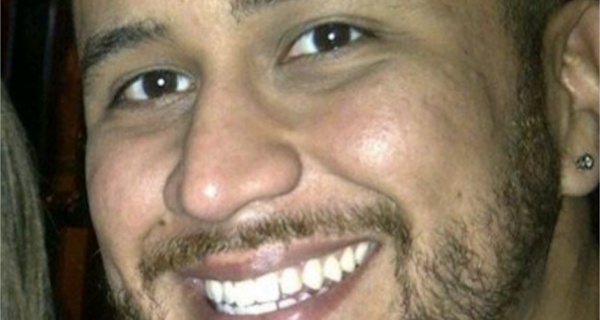 George Zimmerman, a local child killer who was acquitted for the murder of an unarmed Trayvon Martin back in 2012, has now resorted to using a fake alias on the dating app Tinder.

According to screen grabs obtained by Creative Loafing, Zimmerman is now going by the name “Carter,” and describes himself as a self-employed consultant and a Liberty University graduate looking for “carefree fun.” His profile also says he enjoys hiking, fishing, the outdoors, takeout from Longhorn Steakhouse and, unsurprisingly, he would prefer to avoid “large crowds.”

Other possible interests not mentioned in his profile include bragging about killing a kid at a local bar, threatening to feed a man to alligators, getting fined for stalking, pointing a shotgun at his ex-girlfriend's face, and getting arrested for suspected domestic assault after reportedly throwing a bottle of wine at another girlfriend’s head.

Zimmerman's relationships with dating platforms haven't been much better. Back in February, the 35-year-old was booted from the dating app Bumble for apparently violating their terms of service. In his Bumble profile, Zimmerman referred to himself as a "jury consultant" with only a high school education, who loves cake pops and is looking for a mature woman.

He’s also been known to lurk on OKCupid, and has previously gone by the name “Jorge.” But arguably Zimmerman's worst violation of all is his constant use of the exact same opening line, where he talks about one of his “best dates” and how he went ice skating and “busted his ass.”