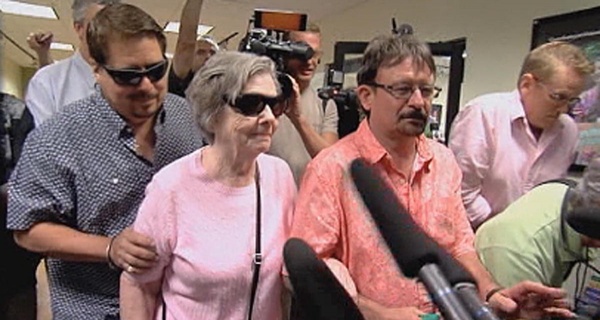 A pending lawsuit in Florida is a good example of why jackpot winners need to choose wisely when deciding who manages their windfall.

The suit, filed on behalf of Gloria Mackenzie, age 90, alleges that her son and his financial advisor mismanaged her winnings after she won the Powerball jackpot in 2013.

Her after-tax haul was about $278 million. The suit claims that Mackenzie has suffered damages in excess of $10 million.

“The money was earning between .02% and .08%,” said Greg Anderson, Mackenzie’s attorney. “Then Gloria was charged $2 million in fees.”

Court documents say the son, Scott, had control over her money, which she had split with him because he helped her buy the winning ticket. At the time, with an advertised haul of $590.5 million, the jackpot was the largest in Powerball history.

The son turned management of his mother’s share over to a financial advisor who hosted a local radio show that Scott listened to, according to the suit. That advisor is identified as Harry “Hank” Madden, a certified financial planner and owner of Madden Advisory Services in Jacksonville, Florida. Madden did not return a call seeking comment.

Among other allegations, the suit claims Madden had no experience in managing that amount of money and also invested it too conservatively, resulting in low returns.

Her son’s lawyers have filed a motion to dismiss the suit, noting in their filing that none of the accounts lost money and that she had wanted her winnings invested conservatively.

“Although he strongly disagrees with the allegations that have been made, he will respect his family’s privacy by reserving any further comments until the case has been concluded,” said Lee Wedekind III, Scott Mackenzie’s attorney, in a statement provided to CNBC.

Anderson said the situation shows the importance of vetting your advisor before handing over a huge amount to manage. In other words, just because you know someone in the investment world doesn’t mean the person has the expertise or experience to manage a windfall.

“Your stockbroker friend down the street may have some good advice, but how fiscally responsible are they if they’re wrong?” Anderson said.

Meanwhile, the winner of the $768.4 million Powerball jackpot from March 27 has yet to come forward. The winning ticket was purchased in New Berlin, Wisconsin, a suburb of Milwaukee.