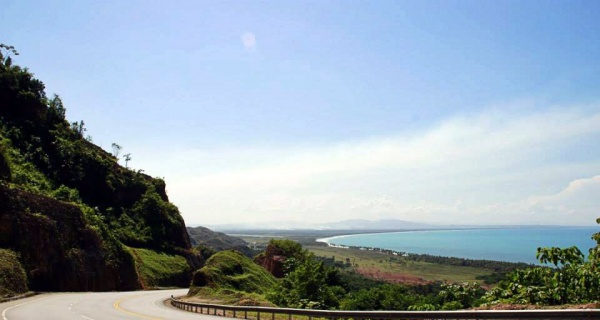 The couple’s vacation to the Dominican Republic was supposed to be a tropical getaway.

And it was, at least according to the pictures Orlando Moore and Portia Ravenelle snapped throughout their stay.

The New Yorkers sat atop chestnut-colored horses and traveled to a waterfall surrounded by green hills. Ravenelle sipped from a hollowed-out pineapple. The two made friends — a couple from Canada also staying at the Grand Bahia Principe Cayacoa, their all-inclusive resort.

On March 26, their last night in the Dominican Republic, they shared a final drink in town with their new friends, reported CNN. Then Moore and Ravenelle said goodbye, packed their bags and climbed into their rental car for the long, dark drive to the airport.

Their flight was scheduled to depart Santo Domingo around 2 a.m., CNN reported, but Moore and Ravenelle did not board it. They did not return their rental car, either.

Back home in New York, friends and family panicked. Moore’s sister, Lashay Turner, told NBC New York that she contacted the U.S. Embassy in the Dominican Republic and filed a police report. They launched a frantic search and shared photos of the couple on social media.

For two weeks, they went without answers.

Finally, on Tuesday, Dominican authorities came forward with a theory for the couple’s mysterious disappearance. Moore and Ravenelle were in a car crash on their way to the airport, authorities said in a statement. Both were presumed dead.

The National Police on the Caribbean island have not disclosed details of the alleged car accident, which authorities said happened near kilometer marker 19 on Las Americas highway — a lengthy stretch of road that runs parallel to the Caribbean Sea. Authorities said there was no evidence of foul play.

Police did disclose where Moore and Ravenelle were found.

Ravenelle, they said, was discovered on the side of the road with severe injuries the day of the accident. She did not have any identifying documents and was taken to a hospital, where she was treated in the intensive-care unit. The woman died there on April 4 — nine days after the alleged car crash.

Authorities said they recovered a body presumed to be Moore’s from the water on March 31 near Sans Souci, about 13 miles from the location of the car crash. The body was in an “advanced state of decomposition,” Dominican authorities said in a statement, making it difficult to identify. But they found an arm tattoo that matched one Moore had, police told CNN.

Fishermen reported seeing a vehicle at the bottom of the Caribbean Sea, police said, though authorities had not yet been able to recover it because of rough waters.

Dominican authorities said Tuesday that both bodies had been sent to the National Institute of Forensic Pathology for identification and autopsies. In a statement Wednesday, the State Department confirmed Ravenelle’s death but did not comment on Moore.

Officials in the U.S. have not released any information on how the two died.

“We offer our sincerest condolences to the family on their loss,” a State Department spokesperson said. “We are closely monitoring local authorities’ investigation into the cause of death. We stand ready to provide all appropriate consular assistance. The U.S. Department of State and our embassies and consulates abroad have no greater responsibility than the protection of U.S. citizens overseas. Out of respect to the family during this difficult time, we have no further comment.”

Two members of Congress from New York said Thursday that they had called for an FBI investigation into the deaths of Moore and Ravenelle.

“The FBI must work quickly to conduct a thorough investigation regarding details of their reported deaths that raise questions for us,” Rep. Eliot L. Engel (D) and Adriano Espaillat (D) wrote in a letter to FBI Director Christopher A. Wray. “It is essential that this investigation be conducted expeditiously so that both families can receive the closure they deserve.”

The lawmakers also asked the FBI to help Dominican authorities recover the couple’s rental car and conduct “a thorough search of the vehicle.”

The FBI has received the letter and intends to send a response, the agency told The Washington Post in a statement. The FBI offered no further detail.

Friends and family of Moore and Ravenelle expressed devastation at the news and confusion about the way police say they died.

Francesca Figueroa, who ate dinner and watched a movie with the couple the night before they left for the Dominican Republic, told CNN that she spoke to a U.S. Embassy representative on March 31, who told her “no bodies were found, there were no dead bodies reported, no accidents, no one was in jail.”

She felt a sense of relief, Figueroa told CNN, until Tuesday.

Figueroa had known Moore for 25 years and said she considered him family. She described the couple as “two silly individuals, two happy-go-lucky people, always trying to help people."

On Tuesday, Figueroa said she spoke to authorities about her friend and confirmed a tattoo on Moore’s arm of his daughter’s name, Milan.

“Everybody is devastated,” Figueroa told CNN.

Moore was widely known in their town of Mount Vernon, N.Y.

Figueroa said she is “saddened” it took so long to find out what happened — their families left in the dark, Ravenelle alone in the hospital.

“She had to die by herself,” Figueroa told CNN. “When one of us could have been there holding her hand.”