So Called Pastor Threatens Media From The Pulpit 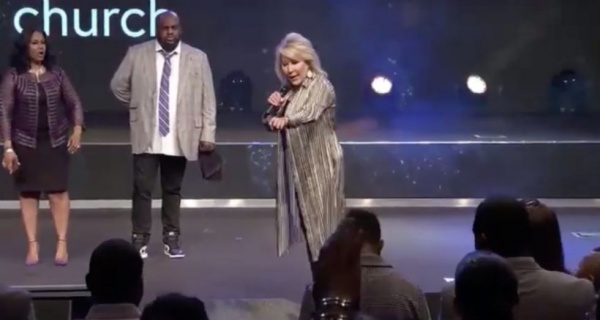 Date Posted: Monday, April 1st, 2019
One of the former pastors of a South Carolina megachurch returned to deliver a guest sermon Sunday, and while pledging her support to the controversial current pastor issued a threat to a local newspaper, video shows.
While appearing at Relentless Church in Greenville, Hope Carpenter took the stage for a brief sermon, according to a video of Sunday’s service posted on YouTube.
Carpenter, who served as co-pastor with her husband Ron Carpenter when it was known as Redemption Church, was praising the current pastors — John and Aventer Gray.
But at the end of her address, video shows Carpenter made a comment directed toward the Greenville News, which is one of several media outlets that has reported on some of the controversies surrounding John Gray.
“I love you Pastor John and Pastor Aventer. I believe in you. I’m praying for you. I’m rooting for you,” Carpenter said, before adding, “I cut people.
“I got a knife right in that pocketbook. Greenville News, come on. We done went through this. I’m still here, and guess who else is still gonna be here?” Carpenter said, then pointing at the Grays. 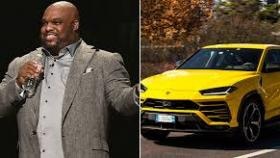 Gray drew criticism when he bought his wife a $200,000 Lamborghini as an anniversary present in December, The State reported. He was the object of scorn for visiting the White House and meeting with Donald Trump.
He has also appeared on a nationally televised talk show and posted on social media in an attempt to deny rumors he has cheated on his wife and the woman he had sex with had a baby.
“There’s no baby, none of that,” Gray said while appearing on “The Real” in early March.
Carpenter, introduced as the senior co-pastor of Redemption Church, was issuing her support for the Grays after delivering a sermon focused on holding fast to faith, according to the video. She is no stranger to stirring up controversy.
Before she and Ron Carpenter moved Redemption Church to San Jose, California, in 2018, Hope Carpenter drew criticism for speaking out against NFL players who have knelt during the national anthem, the Greenville News reported.
“The national anthem is our nations song! Yes there are things in our country that’s wrong but our country is not yo blame! You don’t like it? Move or be apart of the healing of our nation,” Carpenter posted on Facebook in response to NFL players protesting police violence against black Americans by kneeling during the playing of “The Star-Spangled Banner.” “This will not fix racism! Duh!!!”
Because of backlash, Ron Carpenter apologized for his wife’s comment, WSPA reported.
“The statement that was made we woefully, I will say woefully underestimated how racially insensitive that may have been to any people that feel disenfranchised in any way,” Ron Carpenter, according to the TV station. “And so we come to say we are sorry.”
While preaching on Sunday, Hope Carpenter did ask for forgiveness for one thing — using her cellphone while driving to church, video shows.
She admitted to swerving around the road while using her phone and driving, saying, “I know that’s against the law. Forgive me, Jesus.”