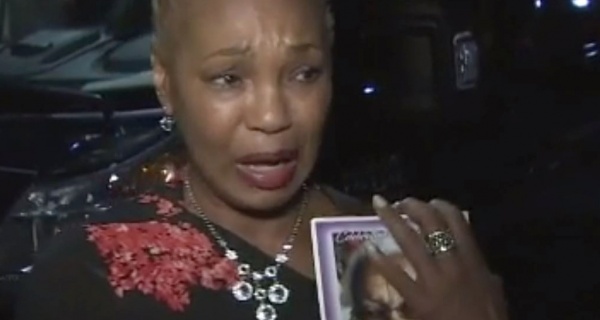 A grieving family in South Florida is demanding answers after they say a local funeral home displayed the wrong body at a relative’s wake.

The family of Norma Newman gathered Saturday night to say their goodbyes to her at the Roy Mizell & Kurtz Funeral Home in Fort Lauderdale only to discover a complete stranger inside the casket.

“I went up to view her body, I [said], ‘No, this is not my sister. This is somebody we did not know.’ We did not know the person that was lying in the casket,” Newman’s sister, Cuinthia Webbe, told WSVN.

“We asked them about the mole on our aunt’s face. They said that they covered it up with make-up,” said Newman’s niece, Suzette Walsh. “There was no mole there, you know? And makeup couldn’t cover it because it was kind of protruding out of her face.”

Newman also had only four toes on one of her feet. However, Newman’s granddaughter, Camisha Stewart, said she was told the woman in the casket had all five.

Another family members broke down in tears while talking to WSVN, saying the family doesn’t know where Newman’s body is.

“We all came in here to mourn the loss of my aunt, and this is what we get, and nobody is taking ownership,” said Newman’s niece, Marcia Durrant-Aris. “We don’t know — many questions, unanswered questions. That’s not right.”

The funeral home was contacted by WSVN Monday night but offered no comment.