Warning: Scammers Are Posing As Pastors To Dupe Church Members 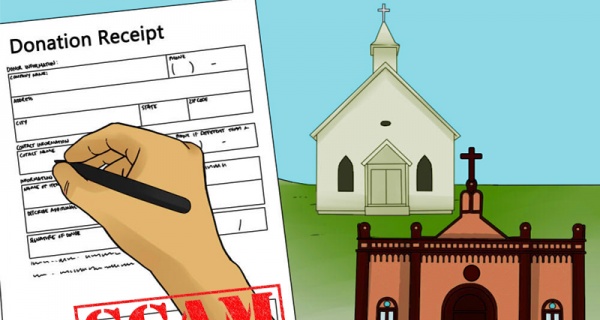 Scams in which local pastors are impersonated in order to trick their congregants out of hundreds of dollars has permeated communities across the nation.

Scammers impersonating trusted pastors have fooled a number of victims nationwide. As churches are speaking out about the trend, one state government is warning that the scammers may be using information available on church websites to get a leg up on tricking faithful churchgoers.

Texas Attorney General Ken Paxton issued a consumer alert on Friday regarding persons who allege to be pastors and priests who text or email members of various churches asking them to buy gift cards that will benefit a charitable cause.

The warning from Paxton comes as several churches in his state and other states have been targetted by the scam.

According to a press release from Paxton’s office, a number of Texans have received “deceptive texts” from people pretending to be pastors of their churches. The scammers request that the recipients of the texts buy gift cards and send them the access codes.

Although the scammers claim gift cards are needed to give to cancer patients, the scammers tell the victims that they can not physically pick up the gift card and that the purchaser will be reimbursed if they send access codes through text or email after purchasing.

The Texas attorney general’s office believes that scammers are “using information found on churches’ website or in churches’ online bulletins to trick members of the church.”

“All Texans should be aware of unsolicited calls and texts from scammers impersonating leaders in their Church,” Paxton said in a statement. “This is a dirty trick criminals are using to make a quick buck at the expense of people of faith.”

In North Carolina, a similar scam has penetrated the inboxes of churchgoers in several congregations. In Greenville, one churchgoer was tricked out $500. In Gaston County, at least one member of Venture Church was scammed out of $300.

According to WITN, the initial email that parishioners received by someone they thought was their pastor asked them for a very important favor.

After the congregant responds, a second email from the imposter pastor reads:

"I urgently need to get a Google Play gift card for a cancer patient that I promised her as a birthday gift, but I can't do this right now. Can you get it from any store around you? I'll make sure it's refunded tomorrow.”

Pastor Chris Hopkins of Reimage Church in Winterville was one of the pastors that scammers impersonated.

"You know people look for people with a heart to give, and so I guess churches are a pretty prime target for something like this," Hopkins told WITN.

Ignite Pastor Jason Lineberger told the news outlet that his congregants who were initially fooled by the scam realized something fishy was up when the scammer impersonating the pastor asked for even more money after they had already received the gift card.

“[T]hey realized this is weird, this is not right and they called our offices," Lineberger explained.

In the Birmingham, Alabama area, at least five churches there were targeted.

Jason McCrory, the administrator at Bluff Park United Methodist Church, told ABC33/40 that this type of scam is not all that new for his congregation as these types of scams come in waves.

"We thought it had died down, but starting here at the beginning of the year, they've come back in full force, with new tactics somewhat,” McCrory was quoted as saying. “In the past, they'd come pretending to be a pastor and reach out to the staff members inside of the church.”

The Catholic Diocese of Rochester in Western, New York says that about a dozen of its priests have been impersonated by scammers.

A 73-year-old woman in the diocese says she bought about $500 worth of iTunes gift cards that she thought would go to a cancer patient. After sending the scammer the code for the gift card, she was asked for more gift cards to help another sick friend, according to WHAM.

"It's someone who obviously knows that parishioners will come to the assistance of their pastor," Tim McNeil, chancellor of the archdiocese, told KETV. "So, they're taking advantage of that emotion and that affection and that relationship."

In Lexington, Kentucky, Pastor Matt Falco of Maxwell Street Presbyterian Church is warning his congregants to be more careful before giving to someone online. A number of his congregants received an email from a scammer pretending to be him.

In North Carolina, Hopkins warned that most churches have established methods for members to give to the church, such as giving checks during Sunday services and donating through the church’s website. It is rare to see a church ask for a donation through personal email.

“If you are going to give to your church the ways to do that are the ways your church communicates to you on a regular basis," Hopkins said. "If they have something set up on their website, online or in a dedicated app, that you can use. Or just by giving by being here on Sunday morning. Really those are the best ways."

Churches that have been targeted have instructed congregants to call and verify donations before giving to a suspicious person online.

“I think everyone should be aware of any email, text or phone call,” Chris Mintz, associate pastor at Venture Church in Dallas, North Carolina, told The Gaston Gazette. “They should always double check and try to verify what they’re going to send their money to.”