Study: Global Warming May Be Rising Faster Than Expected 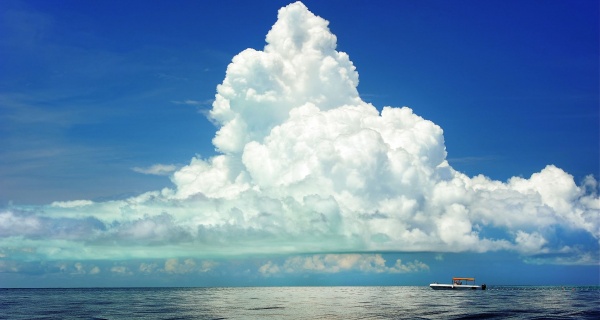 Date Posted: Tuesday, February 26th, 2019
Many of the world's clouds could disappear if the carbon dioxide we keep pumping into our atmosphere soars to extreme levels, a new study suggests.
The lack of those cooling clouds would then trigger a spike in global temperatures, potentially as much as 14 degrees, melting polar ice and leaving coastal cities underwater.
For this to happen, concentrations of carbon dioxide (CO2) in our atmosphere would have to triple, from around 400 parts per million now to 1,200 ppm sometime next century.
That extreme level of carbon dioxide, while unlikely, could "be reached within a century under high-emission scenarios," the study said.
"I think and hope that technological changes will slow carbon emissions so that we do not actually reach such high CO2 concentrations," said study lead author Tapio Schneider, a scientist at the California Institute of Technology. "But our results show that there are dangerous climate change thresholds that we had been unaware of."
The burning of fossil fuels such as oil, gas and coal release greenhouse gases like carbon dioxide into our planet's atmosphere.

At the current rate of carbon emissions – known as the "business as usual" scenario –  "the 1,200 ppm value will be crossed by 2104," Malte Meinshausen of the University of Melbourne told Agence France-Presse.
The clouds in question are stratocumulus, the most common cloud type on Earth, according to the U.K. Met Office. Vast sheets of these low-level gray or white clouds cover as much as 20 percent of the world's oceans.
The study authors suggest that the breakup of these stratocumulus cloud decks might have contributed to past hothouse climates, such as the one 50 million years ago, when crocodiles crawled around the Arctic.
Other scientists cautioned that the study results are still quite uncertain. In an interview with Carbon Brief, Texas A&M Professor of Atmospheric Sciences Andrew Dessler said that he's “not worried yet." He suggests that the study’s conclusions should be viewed “as ‘low confidence’ until more work is done on this and other groups/models can reproduce it.”