Man Writes His Own Obituary, Pleading With Others To Stop Smoking 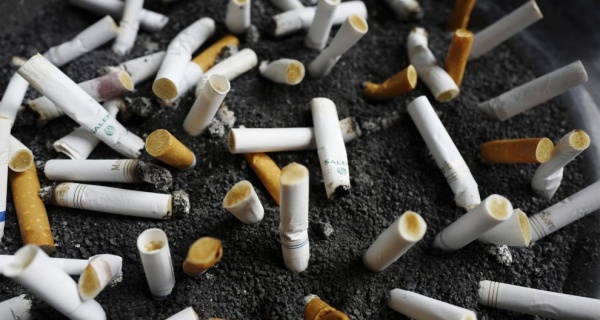 A smoker who died from lung cancer wrote his own obituary begging others to quit before it's too late.

Father-of-five Geoffrey Turner, of Latham, New York, was a chain smoker of more than four decades.

The 66-year-old passed away on February 13 after battling stage IV lung cancer for the last three months.

In a self-written obituary that appeared in the Albany Times-Union, Turner implored other smokers to kick the habit, telling them 'your life depends on it'.

'I was an idiot who made the same stupid decision, day-after-day, multiple times per day,' he wrote in the obituary that ran on Saturday, February 17.

'I was a smoker and even though I knew it may eventually kill me, I chose to deny the truth to myself.'

Turner went on to say that choosing to smoke cigarettes didn't just hurt himself, but also his loved ones.

'The pain and suffering I caused my family was not worth the perceived 'satisfaction' that really did nothing more than waste money, separate me from my family, and eventually destroyed my body.'

Turner's daughter, Sarah Huiest, told DailyMail.com that - according to family legend - Turner began taking drags off of his mother's cigarettes at age two but his earliest memory was smoking at age four.

'When he married my mom in the mid-70s, she said she wasn't going to live with a smoker,' Huiest said.

'He quit at that time and was very adamant with us growing up about how terrible smoking was.'

She said her father began cigar smoking in the 1990s and made various half-hearted attempts to quit the habit.

'He contemplated quitting in recent years but never made strong efforts,' Huiest said.

'He knew I thought it was a terrible idea and my mother was very blunt with him as well. He was a man of strong opinions and was not easily persuaded.

In November, Turner was diagnosed with stage IV lung cancer - the most advanced stage of the disease. 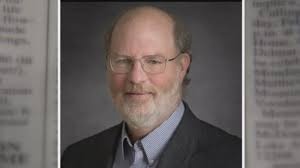 'He had been diagnosed with bronchitis and it wasn't resolving,' Hueist said. 'Long story short, he ended up hospitalized for a week and received the subsequent diagnosis.'

At this point, the cancer has metastasized beyond the lungs and has spread throughout the body.

According to the Cancer Treatment Centers of America, the five-year survival rate for patients diagnosed with stage IV lung cancer is less than 10 percent.

'At 66 years old, I lived a decent life,' Turner wrote in his obituary. 'But there are so many events and milestones I will not be able to share with my loved ones.'

Before his death, Turner asked that, in place of flowers, a donation be made to a children's charity or to the American Cancer Society.

He also donated his body to Albany Medical Center for cancer research and medical training.

'If you're a smoker, quit now - your life depends on it and those that you love depend upon your life,' Turner wrote. 'Remember, life is good - don't let it go up in smoke.'

According to the Centers for Disease Control and Prevention, cigarette smoking causes more than 480,000 deaths every year in the US.

The agency also says smoking is the leading cause of preventable death not just in America, but worldwide.

Huiest said her father showed her the obituary while it was just the two of them in his hospital room the Saturday before he died, and said its contents surprised her.

'I told him it was very self-deprecating. And he shrugged and said: "It's all true",' she said.

'The way he wrote it with such brutal honesty....I thought it might catch someone's eye and cause someone to think twice about their actions.

She admitted that while the attention has been a bit overwhelming, she hopes smokers who read it heed her late father's warning.

'It is all worth it if someone makes a better life decision than he did. I hope it allows someone to be there to see their grandchildren grow up,' Hueist said.

'My nine-year old=son laid in my lap the other night crying that he didn't get enough time with his grandfather. If people think their choices only affect themselves, they are very wrong.'