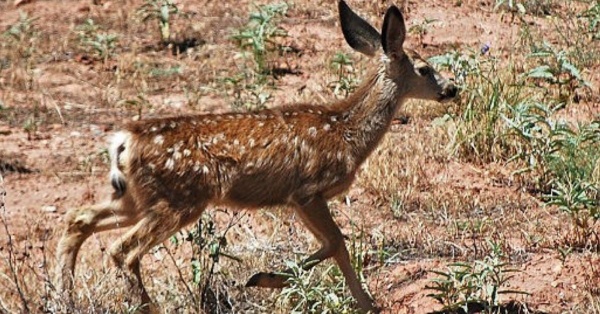 Date Posted: Friday, February 22nd, 2019
As people wonder what might happen if humans eat meat from "zombie" deer, there is at least one group of people who already know.
On March 13, 2005, a fire company in Oneida County, New York, fed the meat of a deer that tested positive for chronic wasting disease to 200 to 250 people. The company didn't know the meat was from a diseased deer. Laboratory tests for one of the deer served came back positive for CWD later.
Because little was known about what happens to people who eat infected meat, the Oneida County Health Department monitored the group's health through a surveillance project. About 80 people who ate the venison agreed to participate. Together with the State University of New York-Binghamton, health experts checked in with the group of mostly white males over the course of six years to see whether they developed any unusual symptoms.
In a study published in the peer-reviewed medical journal Public Health, researchers found the group had "no significant changes in health conditions." They did report eating less venison after the whole ordeal. Otherwise, observed conditions, including vision loss, heart disease, type 2 diabetes, weight changes, hypertension and arthritis, were credited to old age.
"It’s the only study I’m aware of that has this progressive follow-up of a known point source contamination where we know the people ate a contaminated animal," researcher Ralph Garruto, professor of biomedical and biological sciences at Binghamton University, told USA TODAY.
Garruto said his team checks in with the group every two years and plans another follow-up in spring. Though he said the chance of symptoms appearing dwindles with time, there's a small possibility that someone might show signs of the disease.
"It only takes one case," he said.
There have been no reported cases of CWD in humans, but the Centers for Disease Control and Prevention and state wildlife offices urge hunters to take precautions in areas where the disease has been found in animals. In laboratory studies, CWD has been able to cross species.
"Right now, most scientists believe there is a pretty strong 'species barrier,' which means that it’s unlikely the disease will jump to a new species," Krysten Schuler, wildlife disease ecologist and co-director at the Cornell Wildlife Health Lab, told USA TODAY.
But some experts have predicted CWD could one day infect humans. Michael Osterholm, director of the Center for Infectious Disease Research and Policy at the University of Minnesota, said it's "probable" that humans will come down with the disease after eating meat "in the years ahead."
Watch the video below: