Inside The Dark, Secretive World Of Sexually Abused Nuns 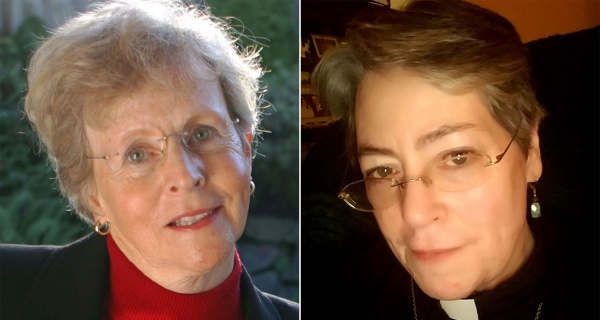 It’s the line from scripture that stayed with Cait Finnegan for nearly half a century as she tried to suppress the painful memories of the sexual abuse she says she suffered at the hands of her Catholic clergy educator.

“God is Love,” Sister Mary Juanita Barto told Finnegan as she repeatedly raped her in classrooms at Mater Christi High School in Queens in the late 1960s.

The abuse began when Finnegan was 15 and continued throughout her high school years — on school buses to out-of-town sporting events, at religious retreats in upstate New York, at Finnegan’s childhood home in Woodside and at a Long Island convent.

After graduating high school in 1969, Finnegan struggled to deal with the abuse and tell her story, but her efforts fell on deaf ears.

“Nobody wanted to hear about the Vestal Virgins back then,” she said.

But after Pope Francis recently made the bombshell admission that some nuns were abused by priests and even used as sex slaves, dozens of Catholics have come forward to report a tangential, and just as evil, phenomenon — sexual abuse by nuns.

“This is the next big thing for the church — the biggest untold secret,” Mary Dispenza, a director at Survivors Network of Those Abused by Priests (SNAP), a St. Louis-based advocacy group.

“In the past, victims were very much ashamed and afraid to tell their stories, but they are starting to come forward and we are expecting that this may be as big as the priest abuse scandal.”

The group has heard from 35 people in the last several days who claim they were physically and sexually abused by nuns, said Dispenza, a former nun who claims she was abused as a young girl by both a priest and a nun. Finnegan told The Post she approached SNAP for support a few years earlier.

Dispenza, 78, has fought for more than two decades for justice for victims of clergy abuse and plans to take her fight to the Vatican on Monday. She and her group are demanding the Pope help victims of nun abuse and fire anyone who has covered up crimes by Catholic clergy.

“We want them gone immediately,” she said.

She also wants the Vatican to require Catholic leaders to contact police right away if they are confronted with abuse, rather than alerting local bishops or other church hierarchy first.

And in states where the statute of limitations has been amended to allow victims of sexual abuse to file complaints, SNAP is urging them — some now in their 60s and 70s — to file claims against their alleged abusers.

“Finally, they will have a chance at justice,” she said.

Last week, New York opened up a window for old cases with the passage of the Child Victims Act. The measure, which had languished in Albany for more than a decade, allows a one-year window for alleged victims to file lawsuits against their attackers, no matter when the abuse occurred.

Before the new law, New York had one of the most restrictive statutes of limitations for childhood sexual abuse. Victims now have until age 55 in order to file civil suits and can press for criminal charges until age 28. The old statute capped lawsuits at age 23.

Dispenza, who spent 15 years in a habit before becoming an activist against the Catholic church, is bracing for an onslaught of cases against nuns, who typically run schools and orphanages, and spend exponentially more time with children than priests.

“They are with kids at school every day from nine to three,” she said.

They also far outnumber priests. There are 55,944 nuns in the US and 41,406 priests, according to statistics compiled by SNAP.

Eight years ago, when a handful of victims of nun abuse came forward to SNAP, Dispenza urged the Chicago-based Leadership Conference of Women Religious, an association of the leaders of congregations of Catholic nuns, to address the issue and reach out to victims of nun abuse. The group refused to put the issue on the agendas of their annual meetings, Dispenza told The Post.

A spokeswoman for LCWR refused to discuss how many victims of nun abuse had reached out to them, and referred to a statement on the group’s web site that reads in part, “We encourage persons with grievances involving allegations of sexual misconduct by a woman religious to approach the individual religious congregation involved. We believe that it is at this level that true healing can begin.”

In her 2014 memoir, “Split: A Child, a Priest and the Catholic Church,” Dispenza details the sexual abuse she endured at the hands of a Catholic priest in the gritty East Los Angeles neighborhood where she grew up. Despite the childhood rapes by the priest — who was trusted by her family — Dispenza decided to become a nun, only to be faced with similar abuse from a superior sister while she was a novitiate.

“She took my face in her two hands, and kissed me all over my face,” she recalled of the encounter in a convent she would not name. “And then I just remember leaving. I felt the same way I felt as a child. I felt lost, I felt abandoned, I felt confused, I felt alone.”

Finnegan said she also felt alone, and was unable to speak of the abuse she endured by Sister Mary Juanita who “vowed to chastity as she raped me.”

Finnegan, a widow whose husband was a former Catholic priest, now lives in Pennsylvania where she has run a group home for needy children and is the minister of the Celtic Christian Church.

Although her alleged abuser died in 2014, Finnegan said she still cannot bring herself to discuss the abuse openly, even after years of therapy and writing in her “Abuse by nuns” blog.

“Well, the little girl in me wept because that kid had longed for Juanita to be a spiritual mother to me … that’s how I loved her, as a mother,” she wrote. “I remember when I met her I thought she was so smart and holy, oh yeah, and funny. Wrong.”

She said she never told her father — “I was afraid of what he would do to the nun when he found out” — and only summoned up the courage to tell her mother of the trauma just before her death in 2002.

“Sexual abuse leaves scars that last for life,” she wrote on the blog. “Dealing with those wounds and scars, and surviving through daily life is a challenge for many of us. Silence sometimes is a kind of defense which allows victims to hide from the pain (for a while).”

Some of her therapy was paid for by the Sisters of Mercy, Sister Mary Juanita’s religious order that has its origins in 19th century Ireland and now ministers to the poor around the world. The Sisters of Mercy taught the girls at her high school; the boys were taught by the Christian Brothers. In 1981, the school became the co-ed St. John’s Prep.

Finnegan said she has suffered with PTSD and anxiety for most of her adult life and has turned to prayer and research on sexual abuse to try to forgive what was done to her. She will not describe in any detail how she was raped.

“More than 14 percent of nuns have been sexually abused themselves,” said Finnegan. “It’s this unattended rage they live with. It’s going to come out as physical abuse of children and sexual abuse. I believe it’s what turns so many of them into nasty bitches in the convent.”

When Finnegan finally summoned up the courage to confront Sister Mary Juanita in the early 1990s — more than 20 years after graduating high school in 1969 — she found herself tongue-tied.

She was even too nervous to enter her office at a Long Island convent.

“Sorry, I have to go,” she told the nun who had terrified her. And then she left.