Being An Uber Driver Costs More Than You Think 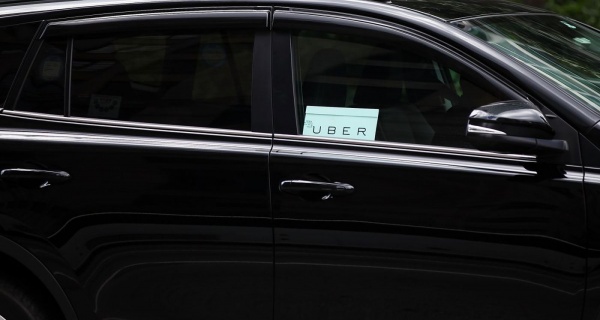 Date Posted: Friday, February 8th, 2019
New York native Al Castillo started driving for apps like Uber, Lyft and Juno about four years ago. It's his full-time job: He typically works six days a week, for nine to 11 hours a day.
He earned $233 from 15 rides on the day I spent driving with him. That's pretty standard: He typically brings home about $250, he says, and the most he's ever earned in a single day was $540.
While he can earn about $6,000 per month and $72,000 a year (before taxes) by picking up and dropping off passengers, the expenses that come with the gig add up quickly.
For starters, there's his car: He drove a Nissan Pathfinder for years, but recently upgraded and bought a 2017 Honda Pilot a few months ago. He bought it nearly brand new — it had just 25 miles on it — for about $40,000, he says.
Besides having a steep sticker price, cars start to depreciate the moment you drive them off the lot. A vehicle's value typically decreases 20 to 30 percent by the end of the first year and, in five years, it can lose 60 percent or more of its initial value. In his case, though, the Honda was a worthwhile investment, Castillo says, because it can fit more passengers than his previous car. That means he can pick up bigger groups and earn more money.
When you're spending so much time behind the wheel and logging so many miles, he says, "your car's gotta be 100 percent."

As a full-time driver, even if your car is completely paid off, there are a handful of other expenses to factor in: gas, maintenance and inspections, to name a few. Castillo estimates that he spends nearly $20,000 a year to cover costs that come with the job.
Here's a breakdown of all of the expenses Castillo has to make room for as a full-time rideshare driver in New York City:
TLC driver license: $252 to renew every three years ($84 per year)
To pick up riders in New York City, Castillo needs a special license called a TLC driver license, which costs $252 to renew every three years. To get the license in the first place, he had to do a drug test ($32), get fingerprinted ($88.50) and take courses in defensive driving and wheelchair assistance training (about $300). You can see the full cost breakdown of getting a TLC license on NYC.gov.
TLC vehicle renewal: $625 every other year ($312.50 per year)
Castillo also needs a TLC-licensed vehicle to drive passengers in NYC and has to bring his car in for a thorough inspection every other year to renew it. This costs $625: $550 for the renewal fee and $75 for the inspection fee.
Regular inspections: $37 every four months ($111 per year)
Castillo also has to do regular inspections every four months at the DMV. These cost $37 each.
NYC commercial motor vehicle tax: $400 per year
Vehicle registration: $456 per year
Insurance: $400 per month ($4,800 per year)
The cost of insurance depends on your driving record and can vary anywhere from $400 to $800 per month, Castillo estimates. He pays closer to $400 a month.
Gas: $675 per month ($8,100 per year)
Gas also varies per driver and depends on things like your car model and how much you drive. Castillo says he fills up his tank every other day for $45. That's about $675 per month.
Maintenance: About $2,500 per year
This includes oil changes, tire repairs and brake repairs. Castillo has to change his oil every four to five weeks, which costs $70 each time. His brakes are inspected every three months, which costs about $220 each time, and his tires get checked out every three months. It costs about $100 to repair each tire, he says, but not every tire has to be repaired every time.
Additional expenses
Castillo has to do a drug test every year, which he pays for out of pocket and costs around $30. Plus, he has to buy cleaning products — he wipes down his leather seats every day — and get the exterior of his car cleaned every few days. Unexpected costs like traffic and parking tickets can also arise.
In total, that's about $17,000 of expenses to account for each year. And that doesn't include taxes: Like any freelancer, Castillo fills out a 1099 tax form every year to report his income.
The expenses add up quickly, but they don't phase him too much. After driving for so many years, he says, they've just become the norm.