Juror Gets Engaged To Man She Convicted For Murder 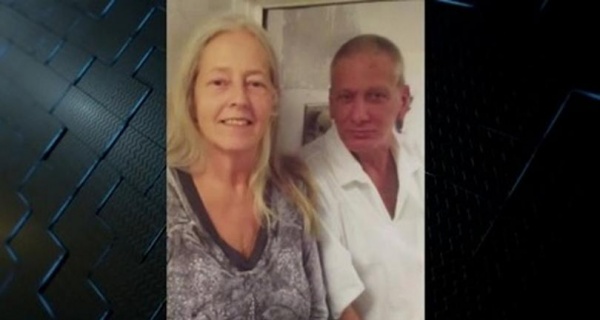 Date Posted: Monday, February 4th, 2019
In October 2018, Mary Martin was one of the 12 jurors who unanimously found Lester Butcher guilty of the 2017 murder of James Steitler. This month she plans to marry him, even as he serves a life sentence with no parole, according to Texas ABC affiliate KTRE.
“This is our life,” Martin told KTRE about her engagement.  “We don’t want to hurt anybody else. We just want to be in love.”
Steitler, who was 40 at the time of his death, was found in a home in Nacogdoches County, Texas, with shotgun wounds in his forearm, chest, hand and chin; stabbing wounds in his neck, shoulder and arm; and blunt impacts in the head and arm. According to the victim’s mother, he and Butcher had been in a dispute over property and work Butcher owed to him. A witness reportedly saw Butcher covered in blood, and another said he had bragged to his brother that Steitler was dead.
Still, Martin said she immediately regretted her guilty vote. “I had doubts, and I should have stood up and told them that, but I caved and did not do it,” she told KTRE. She also said this to Butcher in a letter she sent him on the day of his sentencing.
“And I wrote back, ‘No, don’t worry about it. It’s not your fault. Don’t hate yourself. You tried your best. You did, you know,’” Butcher told the station.
In the correspondence that continued, Butcher told her he was innocent. Eventually, he also told Martin that he loved her. In December, she made the four-hour drive to visit him in the North Texas prison where he’s serving his time, and she proposed to him.
If the warden grants them permission to be married, this will actually be Martin’s second marriage to a prisoner.
The phenomenon of women being romantically interested in convicts is popular enough that there are websites devoted to setting them up. And while many were surprised by the way some expressed attraction to serial killer Ted Bundy after watching the Netflix documentary The Ted Bundy Tapes, psychologists have seen this happen through the ages and call it hybristophilia.
Sheila Isenberg, author of Women Who Love Men Who Kill, said that often being the victim of abuse leads people to seek out these relationships.
“These are women who’ve been hurt,” Isenberg told Attn.com. “And when you’re in a relationship with a man in prison. He’s in prison. He’s not going to hurt you. He can’t hurt you. So you’re always in a state of control because you’re the one who’s on the outside. You’re free. You go in and you visit him. You can decide whether to accept his collect phone calls.”
Though Martin denied being someone particularly attracted to men in prison, she did say she tends to “fall for the bad boys.” She acknowledged that a rough childhood may have led her to this point but doesn’t see anything wrong with her current relationship, since it brings her joy.
Still, she knows this story won’t be well received by Steitler’s family.
“I want to let everybody know I mean no disrespect to the victim’s family,” Martin said. “I hate to pull up these memories back up for them.”