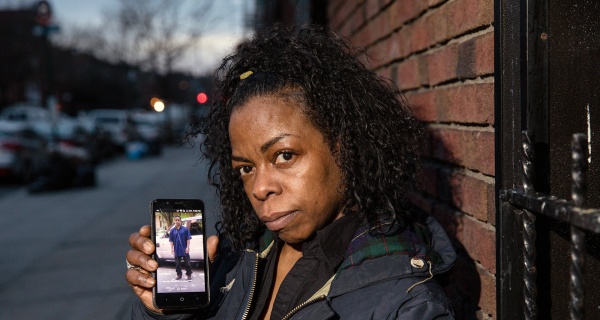 She was told her brother was dying, so Shirell Powell hurried to St. Barnabas Hospital in the Bronx last July.

The prognosis was bad, Powell was told, she claims in a recently filed lawsuit. Her brother, Frederick Williams, was unconscious from an apparent drug overdose and had suffered severe brain damage. Doctors didn’t believe he was going to make it, she said she was told.

She sat at his bedside, looking at the 40-year-old man on life support, tubes obscuring his face, and cried. Soon, she called his family in Virginia, including two teen daughters, she told the New York Post, and told them they needed to drive up to say their goodbyes. When it became clear two weeks later that he was not going to recover, the lawsuit says, Powell gave permission to St. Barnabas to withdraw life support from the man she believed was her brother.

Only there was one big problem, according to the lawsuit: He wasn’t.

Instead, the lawsuit claims, it was another 40-year-old man named Freddy Clarence Williams.

Now, Powell is suing St. Barnabas Hospital and seeking unspecified damages after discovering her brother is still alive and that she signed off on the death of a stranger, according to the lawsuit filed in Bronx Supreme Court this month, which was first reported Sunday by the New York Post.

The hospital had mixed up the two men with similar names, the suit claims, and the error was apparently not discovered until the city medical examiner’s office performed an autopsy. The two men looked enough alike, Powell told the Post, that she simply believed his face was only swollen because of the brain damage.

“I nearly fainted because I killed somebody that I didn’t even know,” she told the newspaper. “I gave consent. I was like, ‘Where is my brother? What is going on?’”

A spokesman for the hospital could not immediately be reached for comment late Monday, but spokesman Steven Clark told the New York Post,

“We don’t feel there is any merit to this claim.”

As it turns out, there was good reason nobody had heard from the living Frederick Williams: He’s in jail.

New York Department of Correction records show that Williams was arrested July 1, 2018, on a misdemeanor assault charge and had been jailed on Rikers Island, unbeknownst to Powell or other family members.

Powell says she got the phone call from St. Barnabas about the man she was told was her brother on July 15. Frederick Williams had been a patient there before and, according to the lawsuit, hospital records still had Powell listed as an emergency contact. The man was transferred to the hospice unit two days later, when Williams’s family in Virginia came to say goodbye.

They sat in the hospital room crying, but for at least one family member, something didn’t seem right.

Powell’s sister “walked up into the room and said, ‘That is not my brother,’” Powell told the New York Post. “I said, ‘What do you mean?’"

After studying him a while and noting the swelling, she eventually felt satisfied that it was him, despite the initial hesitation, Powell said. They pulled the plug on July 29, the lawsuit says.

But after Powell requested an autopsy a couple weeks later, just as the family was planning Williams’s funeral, she got another startling phone call from the medical examiner’s office, the lawsuit claims: This man was a different Fred Williams. Freddy, he was called, according to the lawsuit. It was not her brother.

So she went looking for him — and would eventually find him on Rikers Island. He is still incarcerated there, with a court date scheduled Thursday, court records show.

Frederick Williams told the New York Post during an interview at Rikers that he wasn’t mad at his sister for pulling the plug on a man she thought was him, understanding she believed nothing else could be done.

“He was saying, ‘You were going to kill me?’" she recalled to the New York paper about their exchange. "I explained to him, once you’re brain-dead, there is nothing to do.”

Powell said she tried to obtain information about the other Williams from the medical examiner so she could send her condolences, but was denied.

“I barely sleep thinking about this all the time,” she said.