Man Arrested For Bogus Charges Is Running For Council Seat 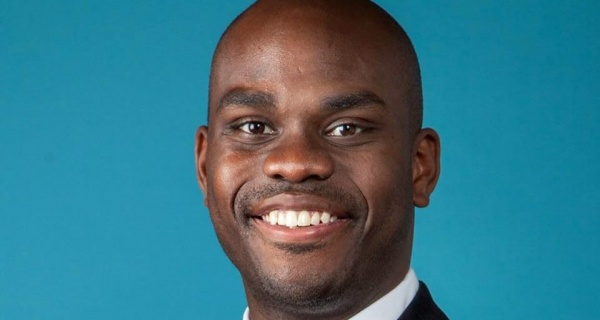 Date Posted: Monday, January 28th, 2019
Alexander Bourne is a man on the campaign trail, seeking a future as the next St. Paul City Council member from the 6th Ward, a position recently vacated by longtime council member Dan Bostrom.
If there’s a roadblock in his way beyond the three other candidates in the race for the East Side seat, it could be the nine months he spent behind bars in Louisiana.
At the age of 25, Bourne was incarcerated in Orleans Parish Prison, known as one of the toughest city jails in the country, “awaiting trial on multiple theft charges involving more than a dozen victims,” according to an article published by the New Orleans Advocate in October 2015.
A year earlier, New Orleans Magazine had featured Bourne on the cover of its “People to Watch” issue, which focused on his roving enterprise, the Patina Shoe Parlor.
Bourne told the magazine he made home visits at the houses of busy, well-to-do professionals and socialites, collecting everything from boots to high heels for repair.
“I did that with $156,” said Bourne, 29, who grew up in St. Paul but headed south for college. “I didn’t have any financial resources to leverage.”
Fawning articles on the other entrepreneurs, athletes and public servants who were featured in the magazine issue can still be found online. Bourne’s profile, however, has been taken down.
In 2015, he was the subject of much less flattering coverage in the Times-Picayune, the New Orleans Advocate and on WWL-TV, which all chronicled his efforts to fight felony theft charges.
Bourne was charged with 15 counts — four counts of felony theft, nine counts of misdemeanor theft and two felony counts of unauthorized use of a movable object.
“I had a wealthy client whose wife didn’t get her shoes back on time,” said Bourne. He said the experience has given him special sensitivity to the plight of the formerly incarcerated. “They just ran me through the system for four years.”
On Jan. 31, 2018, following nearly four years of legal proceedings, Bourne agreed to plead guilty to a single count of misdemeanor theft under $750, and was sentenced to 30 days in jail on a suspended sentence. He was also ordered to pay $2,000 in victim restitution. Prosecutors agreed to drop the other theft charges.
In July 2015, Bourne posted a 1,147-word statement onto the Facebook page of WWL-TV in the form of a media advisory. In it, referring to himself in the third person, he explained that he had become overwhelmed with his business, and failed to return a single pair of shoes to the wife of a prominent attorney. The time spent behind bars delayed the return of shoes to subsequent customers.
Bourne had previously been arrested on Oct. 12, 2011, on suspicion of sexual assault, but prosecutors at the time declined to press charges in light of insufficient evidence.
“It was investigated and concluded in my favor,” Bourne said.
Court records show Bourne has no criminal history in Minnesota beyond petty misdemeanor traffic and parking violations.
Bourne does not sit on any civic boards and said he is not currently employed.
On his campaign website alexanderjbourne.com, he lists among his priorities ensuring that children under the age of 5 receive free preschool and child care, providing free public transit to teens who attend school, partnering with labor unions to create a fund to draw workers of color intro the trades, and banning questions about criminal history on rental housing applications.
The 6th Ward election, along with the other six seats on the council, will be decided by ranked-choice ballot on Nov. 5. In addition to Bourne, declared candidates include Terri Thao, Nelsie Yang and Tony Her. There will not be a primary.