You Can Retire In These States And Be Rich 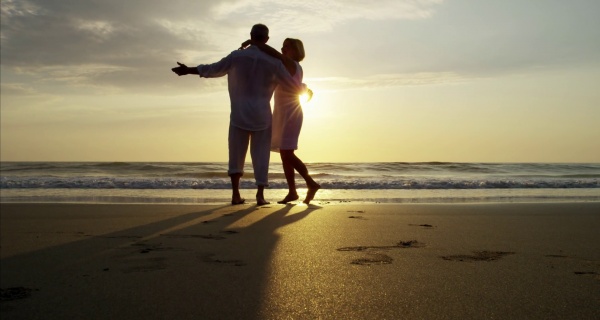 Date Posted: Monday, January 14th, 2019
What constitutes a middle-class salary in New York City could be enough to make you rich in West Virginia, according to a new study.
In fact, 20 states have economies where it's possible to make less than $100,000 a year and still be rich, according to an analysis by GoBankingRates.
Researchers defined 'rich' as having an income in the 80th percentile of all households within a state, then weighed regional high-end home prices and local costs of living – including groceries, utilities, transportation, and health care – to determine the states where a high-end lifestyle is possible for less than six figures.
Based on those criteria, it's easier to be rich in Mississippi than anywhere else in the country, where an $81,038 salary places you in the top tier of earners. With a median price of $218,000 for top-tier homes, Mississippi also has the fourth-lowest mortgage payment in the U.S. – and the lowest overall cost of living.
However, with an average household income of $56,358 - the lowest in the nation - wealth is still out of reach for many Mississippians. 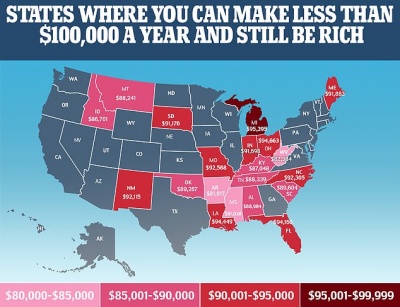 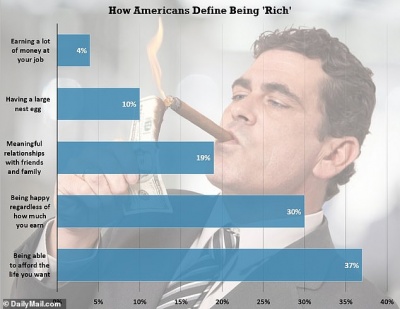 While GoBankingRates measured wealth based on income, 37 percent of Americans defined being rich as having enough money to live the life you really want, according to a separate survey the company did of 545 Americans.
In addition, some 49 percent of Americans said being rich was unrelated to their finances – with 30 percent saying it was about living a happy life no matter how much you earn, and another 19 percent saying true wealth was about having meaningful relationships with friends and family.
Another 10 percent said you're rich when you have a large nest egg or savings for the future, while just 4 percent defined 'rich' as earning a lot of money through your job.
At the same time, a majority of Americans (61 percent) said they don't feel like they have achieved their own definition of wealth, compared to 39 percent who feel like they are rich.