Watch: 'No One Else Could Have Her', Man Kills Ex And Her New Boyfriend 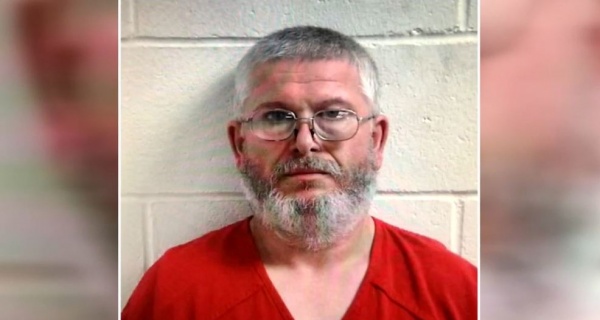 An Oxford County man faced charges Friday that he killed his ex-girlfriend and her boyfriend six months after he had sneaked into their apartment in South Paris but decided not to shoot them until “I’m ready,” according to a Maine State Police affidavit.

Mark Penley, 49, of Peru is charged with two counts of murder in the shooting deaths of Heather Bickford and Dana Hill, both 31, on Tuesday in their apartment at 24 Market Square. The couple’s 8-year-old and 2-month-old daughters were there, but were not harmed, state police said.

According to the affidavit, Bickford broke up with Penley last May after a 10-year relationship. Paris Police Officer Joseph Correia told state police this week that on Dec. 28, Bickford told him she was afraid of Penley, who had not stopped bothering her since she broke up with him.

According to state police, just after 6 a.m. last July 4, Penley told a former ex-girlfriend, not Bickford, that a few hours earlier, he had driven to the Market Square apartment where she and Hill lived. He said he parked at a nearby gas station, put on a ski mask with sunglasses, entered the unlocked apartment and watched for 20 minutes as Hill and Bickford slept. He told her he could have shot them at any time and not had to worry about them anymore, according to the affidavit.

“When I’m ready, I’ll do it,” Penley is quoted as saying in the affidavit.

According to the affidavit by state police Detective Desiree Wuthenow, just before 8:30 p.m. Tuesday, Penley called 911 and reported he had gone to the Market Square apartment and found Hill and Bickford dead.

Wuthenow said she found both bodies on the floor, and a .22-caliber Ruger SR22 in Bickford’s right hand.

While speaking with Penley outside the apartment Tuesday night, Trooper Marcus Reny said he saw loose cartridges and a box of .22-caliber ammunition inside Penley’s vehicle.

Later that evening, Penley told Wuthenow and state police Detective Jennifer King that he had not harmed Hill or Bickford.

Detective Michael Chavez of the state police interviewed a friend of Hill and Bickford, who said that they were at a bar in Paris on Dec. 27 when Penley showed up in the parking lot and began following them.

According to the affidavit, the friend told Chavez that “Heather told him that night that Penley had previously said to her that he was going to ‘blow his whole paycheck on bullets and kill’ ” Hill and Bickford.

Detective Lawrence Rose checked Penley’s vehicle Tuesday night and found a 50-round ammunition box that had eight rounds missing. Rose also found a pair of blue latex gloves on the front passenger floor of the vehicle, according to the affidavit.

Horton responded that after the case is presented to a grand jury in February, “we’ll try to schedule a meeting to see where the case goes from here.”

An Oxford County victims’ advocate said the families of Hill and Bickford did not wish to comment on the case.

Bickford and Hill had been in a legal dispute over child support payments dating back to 2010.

In March 2012, while Bickford was with Penley, she filed a notice of paternity proceeding against Hill, alleging Hill was the father of her oldest daughter and requesting child support payments.

Hill, Bickford and their daughter submitted blood and tissue samples to LabCorp in June 2012. A month later, the company confirmed, with 99.9 percent certainty, that Hill was the biological father.