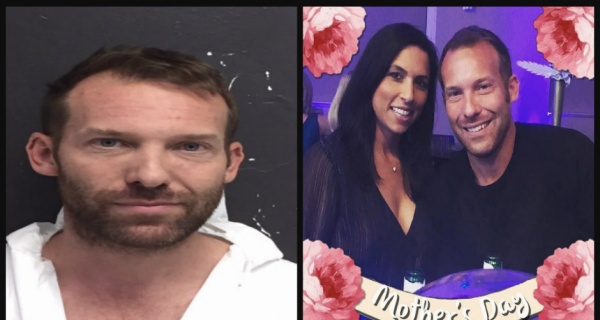 Date Posted: Friday, January 4th, 2019
A harrowing 911 call reveals how the five-year-old twins of a man accused of shooting his wife for cheating on him begged their father to put down the gun.
'No, daddy. No. I don't want anyone to die,' one of the children can be heard shrieking in the audio obtained by DailyMail.com.
William Brian Stillwell, 39, allegedly shot his wife, Mona Stillwell, her mother and her father after he found cellphone video that apparently showed his wife cheating on him with his best friend.
The 911 call reveals the true horror inside the Melbourne, Florida, home as Mona screams 'my children. No, please don't', just before two gunshots are heard.
She then shouts to the kids: 'Get out and run, baby, run!'
She is heard pleading with the 911 operator: 'Please come help me, please.'
The five-year-old twins - a boy and girl - can be heard begging their father not to shoot their mother.
One of the children says 'don’t kill mommy' amid screams and tears. William calmly says 'it’s going to be alright baby. I love you'.
One of the children again says: 'Don’t kill mommy.' William replies: 'I love you baby.'
All three victims were transported to the hospital with injuries, but will survive, authorities said.
Police said Stillwell told police he had found a video of his wife having sex with his best friend and told officers she was 'a wh**e and he saw her cheating on him'.
He has been charged with felony attempted murder, armed burglary, child abuse and concealing a firearm.
The shooting happened on New Year's Day shortly before 5pm in the backyard at the family home. Gunfire was heard on Woodsmill Drive near Lake Washington and North Wickham.
Investigators said his wife and children had recently moved in with her parents - Robert and Naima Snelgrove - after the couple separated last week.
Melbourne Police Department Lt. Shawn Eising said in a statement that the kids 'were able to escape the home and run to a neighbor who was able to provide them security and some level of comfort'.
Neighbor Phil McMahon told Channel 9: 'I don't know how the (father-in-law) got involved, but he got shot.
'He came over to my house, told me to call 911. He got shot in the hip, was bleeding.'
The 911 call has been released by police. In it McMahon says: 'I heard loud noises from gunshots next door.'

Stillwell was taken into custody Tuesday. He is pictured in court Wednesday
He tells the operator Robert and Naima Snelgrove have been shot in the hips. 'They are conscious, we are putting pressure on the wounded area,' he adds.
It was later reported Robert was shot in the groin area and Naima in the abdomen and elbow.
Three family dogs also escaped from the home. One of them is still missing.
Stillwell was taken into custody Tuesday and booked to jail and held without bond. He appeared in court Wednesday.
On Tuesday, Mona Stillwell changed her Facebook profile photo from a photo herself next to her husband to a photo showing only their twin children.
The Stillwell family is from Satellite Beach.