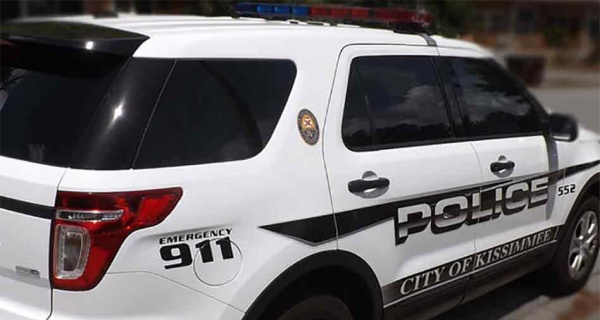 The man accused of fatally shooting a Kissimmee man on Christmas Day went onto the victim's property and was not threatened before firing the fatal shot, according to the Osceola County arrest warrant.

Jonathan Velasquez, 24, told Osceola County deputies he was outside a home that he was visiting on Montclair Way while the neighboring residents behind him were outside arguing.

According to the arrest warrant, Velasquez went upstairs and got his gun when it sounded to him like the argument between the victim, Robert Hugh-Patrick Gray, 38, and his girlfriend, Taniqua Kales, was escalating.

"Upon returning to the backyard, he saw the female slap the male and then go into the house," deputies said Velasquez told them. "The male reacted by smashing the glass slider door and stepping inside."

At that point, Velasquez ran toward the house and fired a shot into the ground, before ordering Gray to get out of the house, the report states.

Gray told Velasquez that this was his home, Velasquez told deputies, adding that he "took a position near or behind a tree" as Gray starting walking toward him.

As Gray, who was unarmed, continued to walk toward Velasquez, the suspect fired two shots in his direction, hitting Gray. Sometime during the interaction, Velasquez called 911, according to the arrest warrant.

Velasquez told deputies he was never threatened, never saw a weapon and took it upon himself to get his gun before calling 911.

Kales told News 6 that she and Gray had not been arguing. 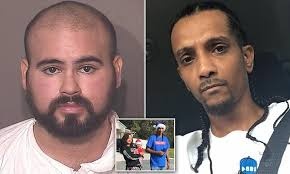 She said she and Gray had been in a relationship for four years and they have a 10-month-old son together.

She moved her belongings out of the home on Montclair Way because she said living there has been too painful since her boyfriend's death.

On Thursday, authorities released 911 calls made by Kales and a witness. The call Velasquez made to 911 will not be released until the detective is done with his case report.

In the call, Kales begs for first responders to come as she's on the floor with her boyfriend.

"Come, come, come. One of the (inaudible) next door neighbors shot him," Kales says in tears.

Toward the end of the nearly five-minute call, Kales told the dispatcher that a deputy told her to go inside the home.

"The guy across the street shot him for no (expletive) reason," the woman says.

Velasquez is charged with murder. He was in court Thursday.

A GoFundMe page has been created to help pay for Gray's funeral expenses.