The Reasons Women Have Affairs 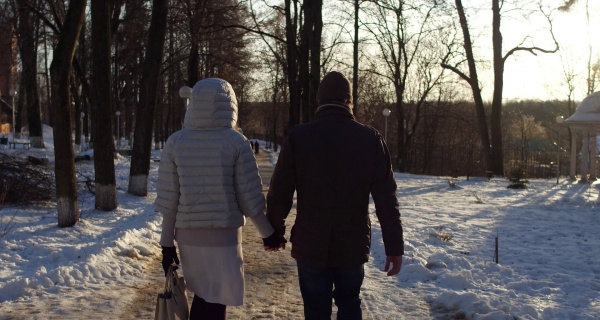 In a cultural moment when ethical nonmonogamy is more overtly discussed than ever, the stigma of infidelity still pervades our relationships. The very word “cheating” is stigmatizing. It implies evil intent and taking advantage of others. And there’s a gender difference too: When men have affairs, it’s “boys will be boys.” When women do, it’s a whole other story.

Getting data on infidelity is difficult. Estimates range from 13 percent (according to the General Social Survey) to 25 percent (according to the American Association for Marriage and Family Therapy) of people depending on gender and which survey you read. The problem is that survey participants don’t always want to admit they are involved in infidelity, so the estimates are probably lower than the reality. In general, women appear to do it less than men, but this is changing. Perhaps women are feeling more empowered to get what they need from relationships and to question the monogamy ideal.

This is exactly the picture I got from talking to three women who had affairs and an infidelity expert.

As it turns out, women want to be happy in their relationships, and that includes being satisfied by their partner.

For example, R. from Washington, D.C., felt that a lot of her needs were not being met. “There was no sex in the marriage, and I felt my husband did not pay attention to me or consider my needs. I felt like I was coming last in everything,” she tells SheKnows.

After joining a sexuality-focused social networking site, she met a man with whom she shared sexual chemistry and began an affair. “We were together for eight or nine months before my husband found out and gave me an ultimatum,” she explains. “I decided to leave because I was truly happy with the other guy.”

A. from Milwaukee had a similar experience. “The marriage slowly dissolved into two roommates living together,” she tells SheKnows. “Our relationship was sexless for the last two years. I met someone at work that I clicked really well with and one thing led to another.”

She is still with this man in a happy, committed relationship. “My ex made me feel really shitty about myself,” she says. “When I realized that work friend felt that way about me, I thought ‘So, I’m not garbage?’ It was a real boost to my self-esteem.”

Self-esteem issues also plagued C. from Victoria, Canada. “My ex-husband hated his body, and by proxy, he hated mine,” she tells SheKnows. “Even when I was faithful, he treated me like a cheater. So I thought, ‘If he’s going to treat me like this, might as well do it.’ But I realized that it benefited my self-esteem and this caused a huge shift. I recognized that I still had value.”

For her book, The Secret Life of the Cheating Wife: Power, Pragmatism, and Pleasure in Women’s Infidelity, sociologist Dr. Alicia Walker spoke with 46 women who found affairs via Ashley Madison, a website that connects people in relationships looking to have affairs. She found that the women on this site were seeking pleasure rather than emotional affairs.

“The women I spoke to cheated for one reason only: orgasms,” Walker tells SheKnows. “They were not interested in finding a new husband, only in getting sexual pleasure.”

Similarly, even though their stories ended differently, the three women we spoke with who opted to have affairs were looking for things that supposedly come with marriage but that they were not getting: a healthy sex life, emotional support and love.

Walker discovered that the women seeking affairs via Ashley Madison began to question monogamy as well.

“We see marriage as an achievement,” she explains. “It’s a key intimate organizing system in our lives. It’s supposed to meet all of our needs. The husband is supposed to be a great lover, great parent, great provider, best friend. These expectations are the highest we’ve ever had, and these women realized that maybe one person couldn’t meet all these needs. They would all have preferred to open up their marriage but knew that their husbands would be against it. So they pursued affairs instead.”

C. had a similar experience, noting: “When I came out the other side and discovered ethical nonmonogamy, it made sense.”

“Happily ever after” is a myth
When our examples of ideal love come from romantic movies and romance novels, it’s easy to believe that love does indeed conquer everything. But few of these narratives really deal with what happens after the marriage. If it doesn’t work, what do you do? If my needs are not being met as I expect them to be, what are my options?

For these women, affairs were a way out of damaging relationships. Empowered to make their own decisions and to go against the monogamous norms of modern relationship, they sought pleasure, affirmation and love in ways that worked for them.

R., A., and C. are now much happier in their respective relationships. Infidelity was not a means to retaliate against their neglectful husbands; in the end, it was a way for them to find out what they really needed, rediscover their worth as women and sexual beings and get a real shot at their happily-ever-after.