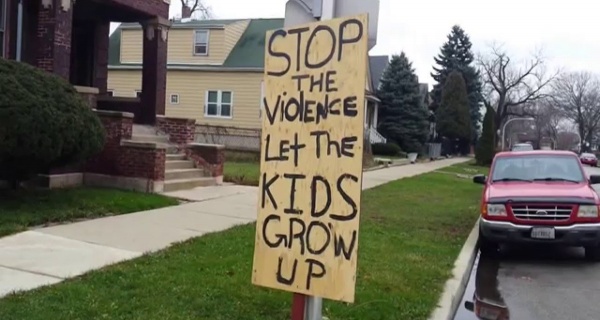 Date Posted: Friday, December 21st, 2018
Last Christmas, Carmia Tang didn’t put up a tree. Her mind was busy trying to clear the memory of her son’s body in the morgue and the fear that his killer might be walking down her street.
A year later, not much has changed. She still doesn’t feel like decorating. She has no better understanding of her son’s last moments. And she, like hundreds of Chicago families, is still waiting for evidence pulled from the scene to be analyzed.
The wait for information on a case is “torture,” said Tang, 46, who did not expect to have to couple an attempt to heal with an information abyss. Earlier this month, she spoke at an Illinois Senate Public Health Committee hearing focused on the state’s backlog in processing DNA. State Sen. Patricia Van Pelt, who chaired the hearing, said the state backlog includes more than 700 murders.
“That tells us that it could be 700 murderers walking around,” she said.
Tang has been hoping for more information since the evening of Sept. 3, 2017, when she waited up all night for her 20-year-old son, Jeremy, only to finally answer a call from his phone and instead hear a police officer’s voice, telling her Jeremy had been fatally shot. She was told it might take time for evidence to be processed. But now she is angered by both the delay and the knowledge that her situation is not atypical. At the hearing, Tang and other family members described how the beginning stages of grief have been stained by seeing a loved one reduced to a number that becomes a cold case.
“You relive it every day, losing your loved one, when you have no answers,” said Teresa Smith, who spoke at the hearing about waiting for answers on her mother’s death — case unsolved, evidence unanalyzed. “It’s a heavy burden, just not knowing.”
At the hearing, Illinois State Police officials explained the many factors that lead to delays. Some materials take longer to test. They need more forensic scientists to move cases more swiftly. As of the Dec. 3 hearing, a total of 12,915 cases were on the backlog, which police officials describe as any case awaiting analysis for more than 30 days.
“It’s extremely important that we do not take any shortcuts,” said Illinois State Police Col. Sean Cormier. Still, he acknowledged, processing takes “a lot more time than we would like.”
State police are trying to quicken the process, from using robotics to hiring more staffers. It takes time to find a qualified forensic scientist, and two years to train one. Cormier estimated that with the right staffing, the processing time for cases in the backlog could be reduced within five years.
“Five years is a very long time for murderers to be walking around,” Van Pelt said.
Eventually, in trying to find answers, Tang instead found a community of other people whose sons and daughters and mothers and fathers had been murdered. At the hearing, which included two lawmakers, Tang referenced the number of unsolved murders in the city — about a 17 percent clearance rate — and the $400,000 the city spent cleaning up Grant Park after Lollapalooza.
“If we can spend that type of money to clean up a park after a concert, we need to hire some people and get this DNA processed,” she said. “We’ve got to do better.”
She knows the evidence might yield nothing and is prepared to live her life not witnessing justice for her son. But right now, she feels the state doesn’t consider his life worth processing the evidence.
“I deserve that closure,” she said.
Her son loved to make her laugh. He was an amazing cook — she kept telling him he should be a chef. He played water polo. He was committed to his longtime girlfriend. He loved his classes at Miles College. Friends drove hundreds of miles from Alabama to attend his funeral. She pulls up videos of him just to hear his voice.
Tang hasn’t yet decided whether to put up a tree. Recently, at a meeting with other mothers whose children were killed, someone gave her an ornament to honor her son. She might get a tree to display it.
Her family members in Florida keep urging her to move. But she refuses to leave the place where her son is buried, even if she can’t bear to visit his grave. This state is where he grew up, where he remains, and where evidence in his case sits in a lab. She refuses to leave that either.