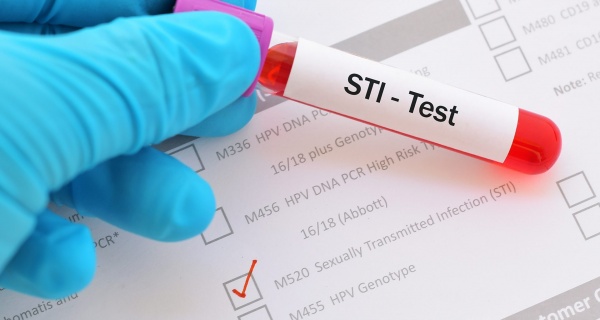 1. Neisseria meningitidis
N. meningitidis can cause invasive meningitis, a potentially deadly infection of the brain and spinal cord's protective membranes.

More commonly, it's gaining a reputation as a cause of urogenital infections. (One remarkable study from the 1970s described how a male chimpanzee contracted a urethral infection after passing the bacteria from its nose and throat to its own penis through auto-fellatio. "This animal frequently engages in self oral-genital contact," the authors duly noted.)

Roughly 5 to 10 percent of adults likewise carry N. meningitidis in the back of the nose and throat. Studies suggest they can potentially transmit the bacteria to partners through oral sex, deep kissing or other kinds of close contact that transmit infected droplets.

Researchers aren't yet sure which of these transmission routes have caused outbreaks of invasive forms of the disease among gay and bisexual men in Europe, Canada and the US. However, one study of urethritis caused by N. meningitidis in a separate group of men (all but one of whom were heterosexual) suggested that they contracted it from receiving oral sex.

Scientists determined that a strain that hit multiple US cities in 2015 acquired DNA through genetic recombination with its close relative, N. gonorrhoeae, which causes gonorrhea. This mutation allowed the STI to spread more efficiently.

Five types of N. meningitidis are responsible for most infections around the world; fortunately, there are two vaccines that between them can offer some protection against all five.

2. Mycoplasma genitalium
M. genitalium, one of the smallest bacteria known, is gaining an outsized reputation as a worrisome STI. Identified in the 1980s, the bacterium today infects an estimated 1 to 2 percent of people and is especially common in adolescents and young adults.

Mycoplasma genitalium bacteria, illustration. It is a sexually transmitted organism that causes non-gonococcal urethritis in men and several inflammatory reproductive tract syndromes in women such as cervicitis, pelvic inflammatory disease, and infertility.

M. genitalium infection, though often symptom-free, can mimic chlamydia or gonorrhea with persistent irritation of the urethra and cervix. Because it may trigger pelvic inflammatory disease in the female reproductive system, it has been associated with infertility, miscarriage, premature birth, and even stillbirth.

While condoms can help prevent infection, researchers have sounded the alarm about M. genitalium's growing resistance to treatment with the antibiotics azithromycin and doxycycline. "My concern about this microorganism is that as it becomes ever more resistant, it will become ever more prevalent," says Matthew Golden, director of the Public Health Seattle and King County HIV/STD Program.

More testing could help prevent the emergence of an M. genitalium superbug. However, diagnostic methods already available, based on testing urine and cervical or vaginal swabs, are still rarely used and have yet to clear regulatory hurdles in the US.

3. Shigella flexneri
Shigellosis (or Shigella dysentery) is passed on by direct or indirect contact with human faeces. The infection causes severe stomach cramps and explosive bouts of blood- and mucus-filled diarrhea, which helps perpetuate transmission of the bacteria.

Although the disease is most commonly associated with young children and travelers in some low- and middle-income countries, researchers began documenting cases of shigellosis in gay and bisexual men in the 1970s. S. flexneri, scientists believe, essentially exploited a new niche for transmission through anal-oral sex and has led to multiple STI outbreaks around the world since then.

Demetre Daskalakis, deputy commissioner at the New York City Department of Health and Mental Hygiene, says the STI is fast becoming resistant to azithromycin, which is also used to treat gonorrhea.

Because public health agencies are worried about Shigella's potential to drive the emergence of a gonorrhea superbug, he says, many have adopted a nuanced treatment strategy. For adults who are otherwise healthy, officials now recommend withholding antibiotics and letting shigellosis take its unpleasant but generally limited course.

4. Lymphogranuloma venereum (LGV)
This STI, caused by unusual strains of Chlamydia trachomatis, can cause an "awful infection", according to Christopher Schiessl, a doctor at the One Medical clinic in San Francisco's Castro neighborhood.

LGV may first produce a temporary genital pimple, blister or ulcer, and then invade the body's lymphatic system. Rectal infection can mimic inflammatory bowel disease and lead to chronic and severe colon and rectal abnormalities such as fistulas and strictures.
Over the past decade, LGV has become increasingly common in Europe and North America, and has been associated with multiple disease outbreaks, especially among gay and bisexual men. As with chlamydia, LGV can increase the risk of contracting HIV. Using condoms during vaginal or anal sex can reduce the risk of infection, while treating LGV may require a three-week course of antibiotics such as doxycycline.