Police Officer Deemed A 'Coward' For Not Shooting Black Man 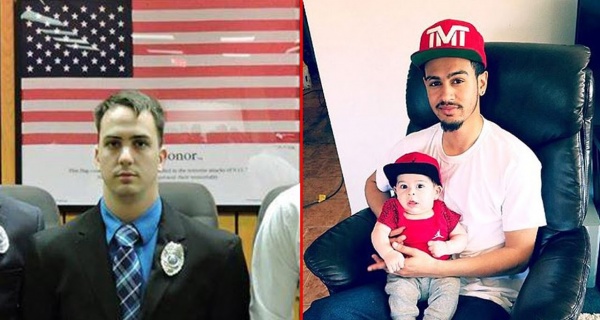 876 people were shot and killed by police in 2018, according to a Washington Post database that tracks fatalities in encounters with law enforcement. Backed by powerful unions and the standard that they can shoot to kill if they perceive a threat, cops almost never face consequences for shooting and killing civilians.

In a long feature article, ProPublica chronicles the story of a police officer who was fired after an encounter with a distraught black man. The cop was discharged for failing to shoot him. Another officer who arrived at the scene shot the man dead.

The article tells the story of Stephen Mader, a young rookie officer called on the scene in Weirton, West Virginia. A vet who’d served in Afghanistan, Mader joined the police department in what was referred to by civic leaders as one of the safest small cities in America.

One night in 2016, 911 got a call from a distraught woman worried about her husband. They’d fought and she was worried about his safety. She told the dispatcher that although he had a gun, the gun was not loaded.

When Mader showed up at the scene, the man, R.J. Williams, kept his hands hidden, and the men had the following exchange.

“Show me your hands,” Mader said.

“Why you got to cuss at me?” Williams asked.

“Put the gun down,” Mader said.

Mader did not. But other officers arrived as backup and one of them shot Williams dead.

Yet, Mader was discharged from the Weirton County Police Department for failing to shoot Williams. He was deemed a “coward’ and mocked for not acting with deadly force.

In a lawsuit over the incident, one of his lawyers pointed to the absurdity of his punishment.

‘“Here we have an officer who uses restraint and he gets punished. Something was wrong,” he said.

Mader said that he had not felt threatened by Williams.

“I didn’t want to shoot him,” Mader said. “I don’t want to say this, because it’s really corny, but I was kind of sacrificing my well-being for him. I’m not going to shoot this kid for my well-being. I’m going to wait to see more from him.”