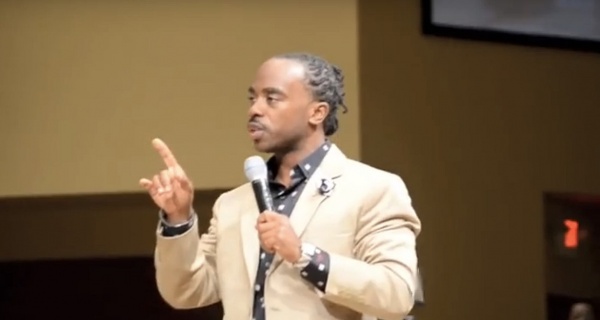 "Victor Couzens is wanted for aggravated harassment which took place on October 23rd. There are no arrests at this time. The investigation is ongoing," the NYPD's Office of the Deputy Commissioner, public information, said in response to a query from The Christian Post.

The announcement comes two weeks after the NYPD confirmed that detectives were investigating a complaint filed by 30-year-old model Andrea Garrison who alleges she was threatened with blackmail unless she recants certain claims about a sexual relationship she had with Couzens.

Garrison, who is one of several women who has publicly said they engaged in long-term sexual relationships with Couzens, also suggested that Couzens could face charges for making explicit videos of her without her consent.

In a recent CP report, Garrison said that her decision to speak out about her experience with Couzens was to draw attention to a culture of silence that has enabled pastors to exploit women in the black church without penalty.

"I feel like, at this point, it's no longer what he did to me, what he did to the other women. It's no longer about that. It's about the fact that the Church allows this. That the Church is OK with this. The Church is OK with sending threats to people who are just trying to expose something that's bad happening," Garrison said. "I'm tired of this type of stuff being swept under the rug and I'm tired of being hushed when all this could have been avoided with him just keeping it real."

Couzens did not immediately respond Thursday when told that he is wanted by the NYPD but did express in earlier emails that while the sexual exploitation of women in the church is "one of tremendous concern in the body of Christ," Garrison is not a victim.

"Although your subject matter is one of tremendous concern in the body of Christ. And it needs to be addressed. Your primary source (Andrea Garrison) doesn't fit into that context," he said.

"There have been people who are actual victims of clergy malpractice and abuse. My heart goes out to them. However, that is not what this situation is. And unfortunately, you have been misled simply by what Andrea has told you," Couzens explained.

There have been calls for Couzens to step down from his pulpit because of his alleged fornication with multiple women.

In a recent message, however, he pointed to the story of how David committed adultery with Bathsheba in the Bible and had her husband Uriah murdered to cover his sin yet still remained king,

"[Uriah] would know when his wife's belly starts showing that it wasn't his baby. David sent the man back to the front line of the battle and arranged for his murder. And you mad with me cause you heard I had two girlfriends at the same time," he told his congregation.

"But you shout on Psalm 23, written by a man who was an adulterer and a killer, but I'm wrong," he said.