WATCH: African-American Security Guard Stops Shooter, Then Gets Gunned Down By Cop 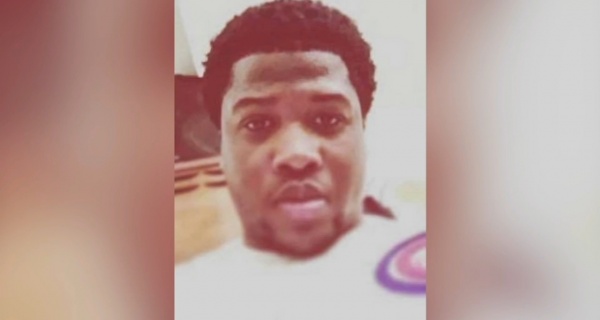 A black security guard this weekend prevented a potential mass shooting at the bar where he worked — and was then gunned down by an Illinois police officer who mistook him for a criminal.

WGN TV reports that 26-year-old armed security guard Jemel Roberson was working at Manny’s Blue Room Bar in Robbins, Illinois on Sunday morning when he was attacked by a gun-wielding man whom witnesses say had been kicked out of the bar earlier in the evening.

Roberson returned fire on the man and managed to subdue him and pin him to the ground.

However, when a Midlothian, Illinois police officer showed up on the scene, he opened fire and killed Roberson because he thought Roberson was the true assailant.

“Everybody was screaming out, ‘he was a security guard,’ and they basically saw a black man with a gun and killed him,” witness Adam Harris tells WGN TV.

The Midlothian Police Department has so far released very little information about the shooting and is only confirming that one of its officers was involved. According to WGN, the State Police Public Integrity Task Force is running an investigation of the officer’s decision to open fire on Roberson.

Pastor Patricia Hill of Chicago’s Purposed Church tells WGN TV that she’s horrified to see another young black man fatally shot by police despite the fact that he had risked his own life to prevent a potential mass shooting.

“Once again it’s the continued narrative that we see of shoot first, ask questions later,” she said.