A Woman's Long Journey From Prison To Freedom 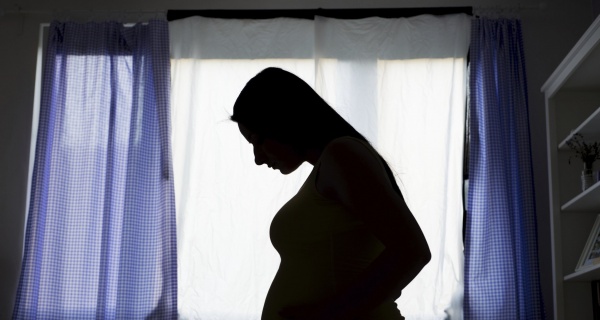 Even though my son was conceived in the most traumatic possible way, his birth was my saving grace.

I grew up in Texarkana, Arkansas. I became a rebellious teenager. I met a boy. At that age, I did not know my own value, and was so caught up in the thrill of our young love that I made excuses for him when, shortly into our relationship, he started to call me names and was physically rough with me. In short order, the name-calling escalated to yelling and locking me outside in the cold. Then, he started hurting my family — including assaulting my father, who was blind.

One fateful day, he suggested that we rob my great-aunt. I went along with him, because by then I had learned that it was paramount to my safety to not anger him, to humor him, and to support him unconditionally. He told me that he would commit the robbery, and that I should then come pick him up so we could leave town. I agreed, unable at that age to process the risks we were taking and the potential consequences.

But when I arrived at my aunt’s house at the appointed time, my boyfriend was covered in her blood. The robbery had gone awry. He had murdered her.

I was hysterical. He told me that she had attacked him, after which he blacked out — he said he didn’t remember harming her. Afraid my boyfriend would kill me, too, I helped him rob the house.

The next day, we were arrested and charged with capital murder, which carried two possible sentences: death, or life without the possibility of parole.

Once I got to prison, I was dealing with extreme guilt over my aunt’s death, and fear, because I was still a child and felt desperately alone. I continued to act out, like the teenager I was, by committing all the standard rule infractions, among them insolence to staff and possession of contraband. In hindsight, I was misbehaving not because I was a bad person, but because I was a very young person. My brain, according to scientific research I’ve now learned a lot about, was not yet fully developed.

Most of all, I was a hopeless person: Adults in my life, including my lawyers and the jail staff, told me that I would certainly die behind bars. And I believed them. ?

And even though I was only supposed to be supervised by female officers, I was assigned as clerk to the field major who ran the prison farm.

In this role, I interacted regularly with a male supervisor, who was 6-foot-4 and over 200 pounds. For the second time in my short life, I found myself with a man who was verbally abusive and aggressive, constantly calling me and other female inmates an array of sexist names.

One day, he came into the office, which was located in the back of the barracks and had brown paper covering its windows. He locked the door, and he raped me.

Then he told me to “get my ass back to work,” and left.

In the following days and weeks, he regularly threatened me, telling me to keep my mouth shut or else.

And then I realized I was pregnant.

When the officer found out, he attempted to induce an abortion by making me take quinine and turpentine. He threatened my life and told me that I had to point the finger at another guard who had also been sexually harassing me. I did, but eventually, the true identity of my rapist was revealed; he took an extended leave for back problems but continued to call me by phone and tell me what to say and do.

He continued to be employed at the prison for another year, at which time he was terminated not for my assault but for an unrelated infraction: bringing drugs into the facility.