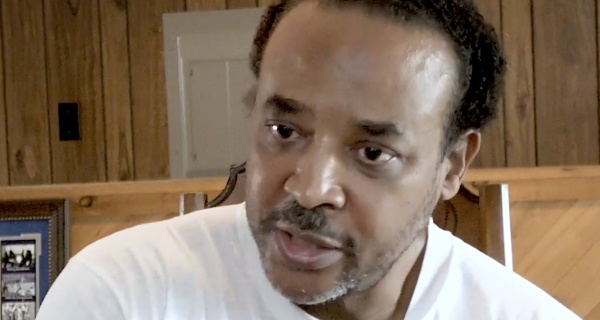 When the police car’s headlights lit up his driveway, Karle Robinson was resting his body against the top of his large-screen television at the front steps of his new Tonganoxie home.

What happened next, Robinson is sure, would have gone differently if he weren’t a black man.

It was 2:30 in the morning. His moving project had turned into a 12-hour marathon, and the heavy, unwieldy TV was all that he had left to take inside.

“I could use a hand with this,” Robinson said to the officer who shined a flashlight on him.

He’d spend the next eight minutes handcuffed, seated in front of his own house, treated like a burglary suspect while the officer waited for backup to check his story. The officers’ explanations struck him as flimsy. His complaints, taken to the Tonganoxie police chief, went nowhere.

The 61-year-old retired military veteran told his story to The Star Wednesday in his home as he watched body camera video from the first Tonganoxie police officer he encountered on August 19.

The fact that the officer was curious, even a little suspicious, made sense to Robinson. The hour of day was odd. And Robinson was standing over a large TV in front of a house.

But Robinson told the officer that he was a new homeowner, moving in. He had identification and there was paperwork proving his new ownership inside. They could go in together and look, and maybe hoist this TV inside on the way.

The police officer’s voice came through on the body camera as Robinson watched. He watched himself wearily complying with the white police officer’s commands, submitting to handcuffs in front of the new home — his first as a homeowner — a city guy finally living out in the country as he’d dreamed of for so long.

Then his arms were drawn down and back one at a time and the cuffs snapped closed.

“If I’d been a white man, you know that wouldn’t happen,” Robinson said as he watched the video. “I’m being handcuffed right here on my own damn property.”

Tonganoxie Police Chief Greg Lawson reviewed the same video previously and he said the officer was keeping the right balance of courtesy and respect while protecting himself and Robinson.

The officer was by himself and had reasonable suspicion a crime could be in progress, Lawson said. The handcuffs, used only until the officer had help and could verify Robinson’s story, helped assure that the situation — uncertain at that point — remained calm.

“If I were on that call, by myself, no matter the race of the person, they would have been handcuffed,” he said.

In the video, Robinson spoke calmly. The officer kept a friendly tone.

“Is this all necessary?” Robinson asked the officer as he sat, cuffed, while backup officers arrived.

The officer explained himself, noting that Robinson was out here, “at three in the morning,” and the officer added that there had been a lot of break-ins lately.

“That’s a lie,” Robinson said Wednesday. He talked with his new neighbors, he said. No one knew of any problems with break-ins.

Lawson said Toganoxie had experienced some 10 to 12 car burglaries earlier in the summer and officers were on higher alert.

To Robinson, because he is black, he said, “you’re guilty until proven innocent.“

“They’re thinking I’m stealing,” he said. “I’ve been hearing this for 40 years — getting pulled over, being searched. I’m not going to let this go.”

On the video, other officers arrived, including one in a van that police use to transport suspects to jail. Everyone spoke in friendly tones but they kept Robinson cuffed. Robinson simmered silently, only because he was bone-tired, he said Wednesday.

“If it had been two in the afternoon, there would’ve been a fight.”

The officer’s video continued as he and another officer went into the house. They saw the evidence that someone was still moving in. And then they found documentation. They returned outside and let Robinson out of the handcuffs. The officer apologized and asked for assurance from him that he understood why he had bound him.

Robinson didn’t argue with them at the time. But in the days that followed he registered his complaint with the Police Department. He met with the chief, Lawson.

Robinson listened as Lawson told him that the officers were being cautious and handled the situation the same way they would have with anyone, regardless of race.

If he’d been white, Robinson said, he would have been able to show his identification and go and retrieve the papers to the house — all without such suspicion and without handcuffs.

Robinson loves his new community, he said. People smile and wave. Neighbors are friendly. He loves the air. He loves the chatter of insects. He can point his telescope to the sky and see stars unbleached by city light.

But his encounter with the police that morning shows him that race still stirs suspicion and fear, even where people want to appear friendly.

“Anyone who thinks we’re in a post-racial world,” he said, nodding to the screen that showed the video of his handcuffing, “should refer to that.”

The episode demonstrated kindness, too.

Before the officers left that morning, Robinson looked back at that cumbersome TV at his steps. He could still use a little help, he said.

Yes, the officers eagerly replied. They’d be glad to.

The video ends with the TV on its way inside, Robinson gripping one end and an officer lifting the other.