Dallas Cop Charged With Manslaughter In Death Of Neighbor 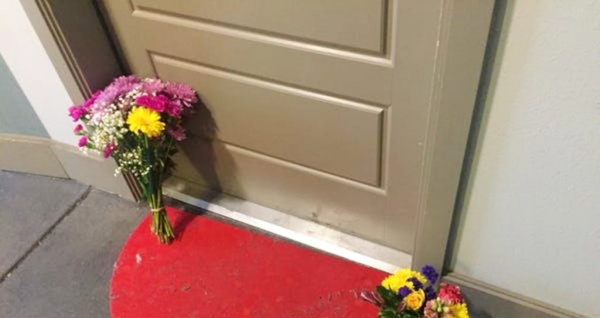 Dallas officer Amber Guyger who fatally shot 26-year-old Botham Jean after mistaking his apartment for her own was arrested and charged with manslaughter, according to the Texas Department of Public Safety.

She was booked into the Kaufman County Jail on Sunday. The sheriff’s office said she posted her $300,000 bond Sunday evening and has been released.

Late Thursday evening, the off-duty Dallas officer, who was still in uniform, shot and killed Jean in his apartment at the Southside Flats complex after she apparently mistook his unit as her own.

Dallas police put the Texas Rangers in charge of the investigation, which is why, according to Police Chief Renee Hall, a warrant was put on hold for her arrest. The department had requested a warrant on Friday.

Guyger was officially identified on Saturday as the officer who killed the 26-year-old. She has been with the Dallas Police Department for four years.

According to the Texas Department of Public Safety, she was arrested in Kaufman County on Sunday after a warrant was issued for her arrest by the 7th District Court in Dallas County.

At a press conference Sunday evening before the news of Guyger’s arrest, attorney S. Lee Merritt, who represents Botham’s family, said his team had new evidence in the case but could not release it publicly while they work with the Dallas County District Attorney’s Office. The legal team has not yet released a statement on her arrest.

When reached out for a comment on the arrest, the Dallas Police Department referred back to the Texas Rangers on the investigation.

The Texas Rangers, along with the Dallas County DA, are continuing to investigate what exactly happened the evening Botham Jean was killed and what led to the shooting. The initial investigation warranted a manslaughter charge for Guyger. No additional information was released Sunday evening in the statement.

“I want to thank the Texas Rangers for thoroughly investigating this tragic case from the moment the Dallas Police Department requested that they take over on Friday morning. I am grateful to Dallas Police Chief Renee Hall for her leadership and foresight in calling for the Rangers to handle the investigation to ensure there was no appearance of bias. I also greatly appreciate that our citizens and community leaders were so respectful of the investigative process over these past few days. Please continue to pray for the family of Botham Jean tonight and in the weeks and months ahead.”

Jean’s family arrived in Dallas Saturday morning and met with Mayor Mike Rawlings before attending a vigil in the afternoon at the 26-year-old’s church.

He was a native of St. Lucia and studied at Harding University. He worked at PricewaterhouseCoopers in Dallas.