Cop Mistook Apartment As Her Own And Killed Occupant 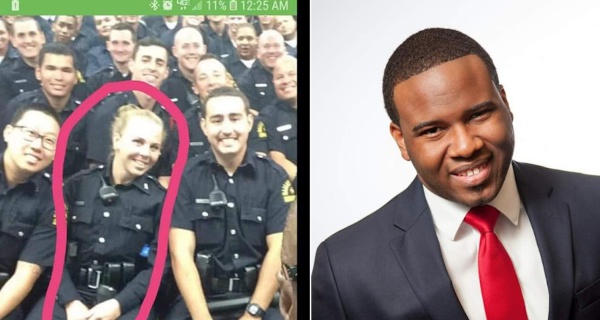 It was hard not to feel the measure of a life well-lived Saturday afternoon.

Mourners filled the pews of Dallas West Church of Christ as they gathered to remember 26-year-old Botham Jean. Family and friends still struggled to understand how the young accountant’s life could be cut short late Thursday in a tragic encounter with off-duty Dallas police officer, Amber Guyger.

Authorities say Guyger mistook his apartment at the South Side Flats for her own.

Guyger, still in uniform after finishing her shift, shot and killed Jean in the ensuing confrontation that has made national news. It’s left those that loved him with many questions and few answers.

DPD CHIEF SAID A WARRANT WAS COMING. WHY IT HASN'T YET

On Friday, it appeared that Guyger’s arrest was imminent. Police Chief Renee Hall announced that she had taken the unusual step of calling in the Texas Rangers in the name of transparency. In doing so, she sidelined the unit of experienced homicide investigators that handle shootings involving Dallas police officers. Hall also announced that investigators were in the process of getting a warrant for manslaughter.

Saturday, Hall was left explaining why no arrest had been made.

“Her wisdom in asking that the Texas Rangers come in and take over this investigation is foresighted,” Rawlings said.

It remains unclear whether detectives will obtain a warrant for Guyger's arrest or decide to refer it to the grand jury.

Merritt said if a decision is made to refer it to a grand jury and not arrest Guyger then law enforcement will have “failed this family from the onset.”

OFFICER GUYGER INVOLVED IN PRIOR SHOOTING

Guyger is a four-year veteran and assigned to a crime response team at the city’s southeast patrol division. She was involved in a nonfatal police shooting last year. She shot the suspect when he took her taser.

"SUCH A BEAUTIFUL KID"

At the vigil Saturday, hundreds gathered to remember Jean, a man who one person said had “a captivating smile.” Known for his amazing voice, they honored him with the stirring gospel songs that he sang so well.

Emory Tease, an elderly in the church, said he could not fathom not hearing Jean’s voice again.

“What’s wrong with our society,” he told the crowd. “Can’t we all just get along?”

Many of Jean’s colleagues at PricewaterhouseCoopers in Dallas filled the pews as did alumni of his alma mater, Harding University, in Arkansas.

His mother chuckled as she told the crowd about the determined spirit he’d showed his entire life. He would not stand for mediocrity. She smiled just hearing his name.

“He was a beautiful kid,” she said. “He was a leader in everything he did. From a very young age, he knew exactly what he wanted to do.

She wanted her son to be an engineer. He was determined to be an accountant. She says even though it was costly, she found a way to send him to Harding University, the college of his dreams.

Jean possessed a heart to help others. She says he visited the sick, orphanages and helped anyone who needed it.

When the call came that he had been killed, she says it felt like a waking nightmare. She kept asking the police if they were sure it was her son.

“This is my Botham,” she said.

Allison Jean says she hopes that if the officer is not a Christian that she will seek salvation. But either way, she believes Guyger must face the penalty for her actions.

“She took my life away, like my very own life,” his mother says. “She has to face whatever the law says. The very Bible says to render to Caeser that which is Caeser so if Caeser says to pay a penalty for a life, then she has to pay.”

His mother wants people to remember how her son lived, not just how he died.

“Most of all he loved God,” she said. “And he always wanted to give God his best. He wanted everybody to give God their best.”

Funeral services are set for Thursday. He will be buried in St. Lucia.