As Chicago Waits On Trump To Fulfill His Campaign Promise, Teen Activist Is Gunned Down 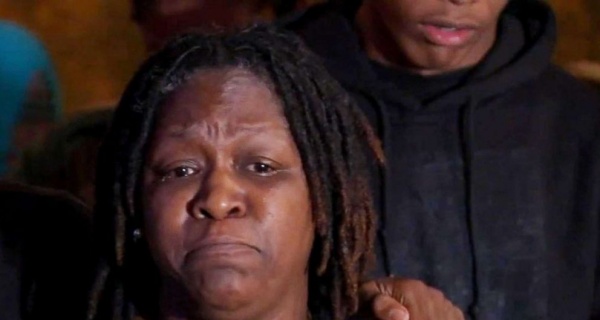 Delmonte Johnson spent much of his young life speaking out against the gun violence plaguing his South Side community.

The 19-year-old himself was shot to death Wednesday evening in the Stony Island Park neighborhood.

“He died as a servant,” Johnson’s mother, Onique Walker, said at a vigil Thursday night. “Anything you asked Delmonte to do, he was there. . . . He died on the streets of Chicago that he was trying to help.”

Johnson, a volunteer with the anti-violence organization Good Kids Mad City, was shot repeatedly about 7:30 p.m. Wednesday in the 8600 block of South Euclid, and he died of a chest wound less than an hour later at the University of Chicago Medical Center, authorities said.

Chicago police haven’t released further details on the attack but said Thursday evening that two people of interest were in custody.

At the vigil — hosted at The New View restaurant in South Chicago, which is owned by the family of Hadiya Pendleton — Johnson’s brother Devirgo Johnson said the 19-year-old had taken one of their siblings to basketball practice and was playing ball himself when the drive-by shooting happened.

“I laid next to my brother when he was dying in my hands,” a sobbing Devirgo said. “I knew he was leaving me. But he’s still with me.”

Good Kids Mad City co-founder Carlil Pittman said he had known Johnson since childhood through their involvement with Evening Star Missionary Baptist Church in Englewood, where Johnson was active on the church’s dance team and choirs.

Johnson then joined him at Good Kids Mad City, which formed earlier this year in the wake of the Stoneman Douglas High School shooting in Parkland, Florida. The group aims to reduce Chicago gun violence through youth employment and improved mental health services and group activities.

Pittman said the last time he saw Johnson was at an Aug. 26 shoe giveaway in Englewood organized by South Side rapper Vic Mensa and his foundation.

Fellow volunteer Joshua Barkman remembered Johnson — whose nickname was “Dukey-Duke” — as a jokester who could liven things up when choir practice at Evening Star grew dull.

“He was the one who could keep everything going good,” Barkman said.

“My heart goes out to Delmonte and his family. [T]ogether we will end this,” Hogg wrote.