Woman Falsely Claims She Was Raped To Avoid Paying A Debt 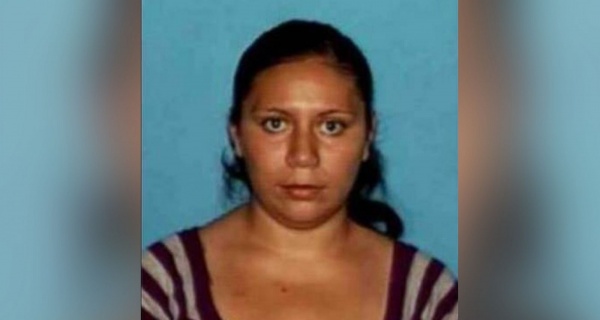 A terrifying story a woman told police about being tied up and kidnapped was a hoax to avoid paying $9,000 she owed subcontractors, Fresno Police Chief Jerry Dyer said Monday.

Maria Gonzalez, 32, claimed she had been carrying a large amount of cash and was kidnapped in her car Saturday by two African American men wearing masks. Gonzalez claimed she’d blacked out after being “struck or beaten,” and had later woken up in Caruthers, bound and gagged.

Gonzalez also claimed to have been a victim of sexual assault and even cried at the hospital, according to police.

But it was all a lie, Dyer said. Gonzalez fessed up after two hours of questioning by detectives who had said some of her statements didn’t add up with potential video evidence, Dyer said.

“The truth is Maria Gonzalez made up this entire story for the purpose of letting someone know that $9,000 had been stolen from her — $9,000 she was supposed to pay to subcontractors. The reality is she didn’t have the $9,000 to pay the subcontractors, and that’s why she made up the entire story,” Dyer said.

The investigation began after Fresno County Sheriff’s Office received a 911 call just before 8 p.m. Saturday after Gonzalez showed up at a Caruthers residence. The caller reported Gonzalez was at the door and “partially bound and gagged.”

Gonzalez was taken to Community Regional Medical Center after telling deputies she’d been kidnapped and robbed.

She told Fresno police detectives she’d been driving east at Floradora Avenue and 8th Street when she stopped for two dogs in the roadway, Dyer said.

She claimed two African American males wearing masks, one armed with a handgun, then got into her back seat and ordered her to drive. Gonzalez said she continued to drive for two hours in the Fresno area when she was asked to pull over. She said one of the males got into the driver’s seat and drove, and she was placed into the back seat.

Gonzalez said she then woke up alone in the back seat of the vehicle, with her hands tied behind her back, and gagged with a rag. She’d also said there was a bump on the side of her head from being struck or beaten, and claimed $9,000 was missing from her purse.

Gonzalez told police that prior to the kidnapping she had been en route to Jensen Avenue and Highway 99 to pay the $9,000 to two subcontractors who drive trucks for her company, M & C Gonzalez Trucking.

“And also, according to (Gonzalez), she felt that she had been sexually assaulted by the suspects, as a result of having what she described as moisture in her underwear,” Dyer said.

“(Gonzalez) at times appeared to be credible, and then at times there were certain things that were said that caused detectives to believe that perhaps she was not credible,” Dyer said.

Dyer said M & C Gonzalez Trucking is operated by Gonzalez and her father. During interviews with police, her father said he had relinquished control of the company to Maria Gonzalez, who runs the day-to-day operations.

Dyer said Gonzalez was released by police Sunday but is expected to be arrested on suspicion of filing a false police report, which is a misdemeanor.