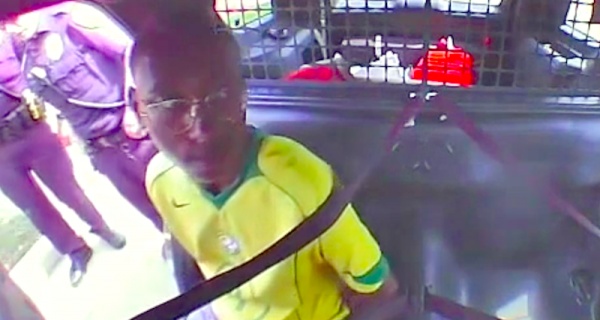 A young black man on his way home from church with his white grandmother was handcuffed by Wauwatosa Police because two passersby thought he was robbing her.

Now an attorney representing him said she suspects he was harassed.

Attorney Joy Bertrand said currently she has requested all documents from the Wauwatosa Police Department about the stop and the basis for the stop. The attorney also stated she has sent a document preservation demand telling police not to destroy anything and to include any notes, text messages and dispatch reports.

The 18-year-old man was detained Sept. 2 after a couple told a Wauwatosa police officer a black young man was robbing two older white women in a blue Lexus.

It turns out he was in a car with his grandmother and her friend. They were on their way home to her house after leaving a church.

The incident occurred around noon on Sunday, Sept. 2, near Burleigh Street and Mayfair Road.

Wauwatosa Police said an officer was flagged down by an African-American couple who indicated a robbery either was occurring or had just occurred, and the suspect was in the back seat of a blue Lexus. The man pointed out the car to the male officer, Wauwatosa Police Capt. Brian Zalewski said in a statement.

Zalewski said officers drew their handguns but kept them pointed in a safe direction during the stop. Zalewski explained a "non-approach" traffic stop was made, in which one of the responding officers called the man back to the officers instead of the officers approaching the car.

At least one officer drew his weapon in the video. Police did not disclose how many officers were pointing their guns or the names of the officers involved. A request has been made to police for additional squad-car video, which might show when cuffs were put on the man.

In squad footage that was released by Wauwatosa police, the young man was told to drop to his knees and then, out of range of the camera, placed in handcuffs and put in a squad for questioning.

Another video camera mounted in the back-seat area of a squad car shows the man, still in handcuffs, after a female officer tells him it appears it was a misunderstanding. During the interview, the man tells the female officer his grandmother was the passenger and her friend was driving the car.

The young man was held for about six minutes. Then he and the older women were allowed to leave. A male officer can be heard telling the man, "I'm guessing what this sounds like is a really big misunderstanding."

The grandmother's voice appeared surprised on the video.

"I'm sure he (the person who reported it) saw two white ladies in a car with a black kid and he made some assumptions," the grandmother said.

When she was told by the male officer that an African-American man reported the incident, the grandmother said "that is even worse."

That couple, who had been told by police to stay at the scene, had left when officers returned, and have yet to be located to get a formal statement. The male officer is heard on the video apologizing for the man not knowing what he was talking about.

"The officers acted professionally during the entire interaction," Zalewski said.

The young man, Akil Carter, declined to comment on this report.