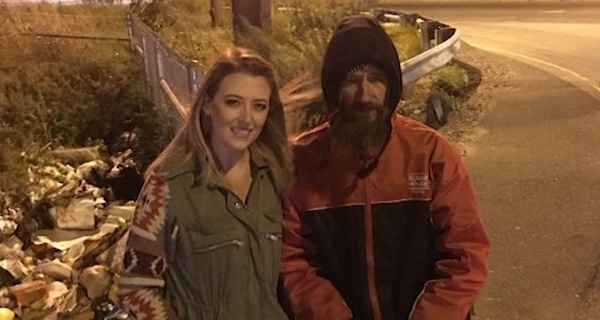 A judge on Thursday gave a South Jersey couple less than a day to hand over what's left of the $400,000 they raised through a GoFundMe campaign for Johnny Bobbitt Jr., the homeless man who last fall gave the woman his last $20 to help her out in a pinch.

Superior Court Judge Paula T. Dow in Mount Holly ordered Kate McClure, 28, and Mark D'Amico, 35, to transfer the money into an escrow account by Friday afternoon and hire a forensic accountant to review the financial records within 10 days.

"The funds should be removed from [D'Amico's and McClure's control] and frozen," Dow said during a one-hour hearing.

The money will be transferred to an account controlled by Cozen O'Connor PC, Bobbitt's pro bono attorneys. The funds could not be used until the court determined how they would be managed. Dow did not appoint a guardian to oversee the fund, but one could be appointed later.

The hearing came after Bobbitt's lawyers filed a lawsuit this week against McClure and D'Amico, alleging that the two committed fraud and conspiracy by taking large amounts of the donations to "enjoy a lifestyle they could not afford" and using the account as "their personal piggy bank."

The filing also asks for an injunction that would prevent more of the money from being spent.

Exactly how much of the money is left was unclear Thursday.

Earlier this month, D'Amico told a reporter that $200,000 remained and that it was in the couple's savings account. This week, D'Amico told NBC Today host Megyn Kelly that more than $150,000 was left.

Badway told the judge that Bobbitt had received a total of about $200,000 since last November, when the couple set up the GoFundMe account.

The couple was inspired to help the homeless man after he gave McClure his last $20 to help her get out of a jam. Bobbitt, who at the time was living under an I-95 ramp in Kensington, came to her aid after she ran out of gas nearby and had no cash or credit card on her.

"The idea my clients are the bad guys … is completely not true," Badway told Dow.

"They took time out of their own schedules, their own jobs, brought him to rehab centers… gave him cash on a daily basis."

McClure and D'Amico have tried to set up meetings, Badway said, with Bobbitt, lawyers, and financial advisers to handle the large sums coming in, but Bobbitt never attended.

One of Bobbitt's lawyers, Christopher Fallon, told the judge his client has received closer to $75,000, part of which was spent on a camper to live in and a used SUV, both of which were put in McClure's name and later sold.

Badway said Bobbitt requested that the vehicles be put in McClure's name.

"That's outrageous. … None of us have gone through $200,000 in nine months," Fallon told reporters after the hearing.

Earlier this month, Bobbitt told a reporter that he was concerned that the couple had mismanaged the GoFundMe money by spending some of the donations on vacations to California, a new BMW, and gambling. Bobbitt said D'Amico refused to give him the money and told him in June he had to leave the camper, which had been parked on land McClure's family owns in Florence.

Badway told the judge that Bobbitt had invited his half-brother and other homeless people to stay at the property while D'Amico and McClure were away, and that he stole "thousands of dollars" in items from the couple.

Bobbitt is homeless and struggling with addiction, his lawyers said. He spent one night in a motel last week but is otherwise living on the streets while attending a nonresidential detox treatment program.

"We need to make sure the money is safe while a full accounting is done," Jacqueline Promislo, one of Bobbitt's lawyers, said before Thursday's hearing. "More than 14,000 people donated to help Johnny buy a house, but he doesn't have access to the money."

McClure, a receptionist for the New Jersey Department of Transportation, and D'Amico, a carpenter, have denied those claims. D'Amico said he spent $500 of the GoFundMe money to gamble because he did not have his SugarHouse Casino card one night, but said he repaid it with his winnings.

The couple has said they were wary of giving Bobbitt money because they feared he would use it to feed his drug addiction.

D'Amico said they gave Bobbitt $25,000 in December, which he burned through in less than two weeks on drugs, paying overdue legal fees, and other expenses. Appearing on television this week, D'Amico told Kelly: "Every dollar [Bobbitt] ever touched was used for drugs."

At one point near the end of the hearing, Badway told the judge that meeting the Friday deadline for handing over the money would be difficult. He called it "a harsh remedy."

Dow's response: "The banks are open Friday, most banks are open Saturday. And if the monies aren't in the bank, they can pull their money out of their pillowcases and have them delivered to you, to be handed over and placed in a trust account."