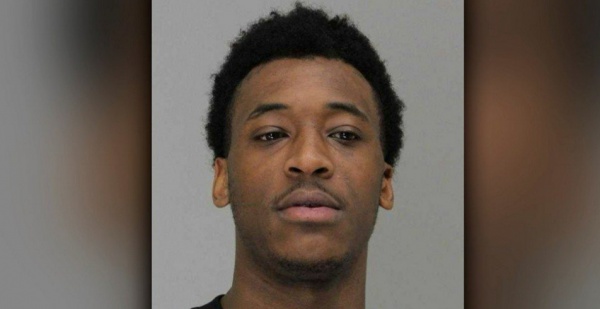 A 15-year-old started her sophomore year at a new school in Richardson this week, hoping to escape the unwelcome attention she'd faced at Hillcrest High.

When her classmates found out last semester that a student she’d been dating was 25 years old — not 17, as he had told her and everyone else at the school — she stopped attending classes for a while.

She simply had to get away from the attention Sidney Gilstrap-Portley attracted after he was publicly accused of posing as a homeless Hurricane Harvey evacuee to enroll at Hillcrest so he could play basketball under the phony name Rashun Richardson.

She spent the summer out of state with her father, and she and her mother moved to a new house near her new school a few weeks before the new semester began.

She'd dated Gilstrap-Portley for a few months, but the 15-year-old wants nothing more to do with him.

"I think he should go to jail for a long time," she said.

She was 14 when she was dating the man she thought was a freshman basketball star. But after a coach from Gilstrap-Portley's former high school recognized him, his teammates had to forfeit every game he'd played.

The girl was called out of class before he was publicly exposed in May so two Dallas school district police detectives and district administrators could break the news to her and her mother that she'd been dating an impostor.

Since then, district officials have been silent, her mother said in an interview with The Dallas Morning News.

Because Gilstrap-Portley faces criminal charges that include allegations of sexual contact, the names of the girl and her mother names are not being published to protect their privacy.

The mother, who works for Dallas ISD, plans to sue the district. She said that although school officials didn't intend to put her daughter in harm’s way, better procedures need to be in place to protect children.

“When we're dealing with children, we have to make sure we're following — that's why there are guidelines and protocols,” the mother said. “Because things like this slip through. It happened, and it could've been worse.”

She said school officials should have worked to obtain records for Gilstrap-Portley after he was admitted to school as a homeless evacuee.

"This was something that could have been caught way before they did," the mother said.

School districts are required by federal law to immediately enroll homeless students, even if they don't have any paperwork. A student's new school is also required to request the academic records from his or her previous school.

The district has said it did its due diligence with Gilstrap-Portley. The 25-year-old said he previously attended South Houston High School, so Hillcrest officials contacted the school. A coach there said he knew of a student named "Rashun Richardson," the district said.

When asked about the mother's allegation that the district had stopped communicating with the 15-year-old former student, Dallas ISD spokeswoman Robyn Harris said federal privacy laws prevent her from discussing specific students. But typically, she said, the district seeks help from other organizations, such as the Dallas Children's Advocacy Center, to ensure students get the support they need.

"Generally speaking, there are other organizations that would assist with the delicacy of something like this," she said.

But the girl's mother said the district had offered no such assistance.

'I could get in the building'

Gilstrap-Portley was initially charged in May with tampering with a government record after district officials and police determined he had enrolled under a false name. In July, he was jailed on a new charge: indecency with a child with sexual contact.

He got out of jail on bond a few days after his July 3 arrest. The additional charge came after the girl told police more about what happened between them.

She told police that Gilstrap-Portley asked her to have sex but that she declined, according to the affidavit.

Gilstrap-Portley has been lighthearted in interviews as he explained his scheme: He wanted to play basketball the whole season at Hillcrest, then go play overseas. Hurricane Harvey was his key to getting into the school, he said.

“It hit me,” he said in one of the interviews. “I was, like, I could call one of these schools, see if I could get in the building.”

Gilstrap-Portley’s attorney has not responded to requests for comment.

Neither the girl nor her mother had any idea “Rashun” was a fraud who was eight years older than he claimed. But her mother said she had a feeling he wasn’t someone her daughter should be spending time with.

“I was even telling her throughout the time that he's not a person I want her to interact with — even before I knew he was 25,” she said. “I was telling her — he's too old. I felt like 17 was still too old for a freshman.”

At school, rumors spread that “Rashun” had a child, but he denied it. In interviews since Gilstrap-Portley has admitted he has a son.

Some people had other suspicions about him, the girl said.

“One of my friends ... felt like he was lying about his age — she didn't tell me that until after it happened,” the 15-year-old said. “But she had a feeling he was lying.

'I don't want to be traumatized'

The girl hasn't spoken to Gilstrap-Portley since she found out the truth.

Her friends and teachers from Hillcrest have checked on her to make sure she is OK, but she said she doesn’t think much about him.

She said she cried, however, when she saw him bragging in interviews, and she has been undergoing counseling.

“I don’t want to be traumatized or have trust issues,” she said.

Although she's shy, she's looking forward to playing sports at her new school this year.

Her mother wants to make sure her daughter has the opportunity to deal now with feelings she fears could surface later. The school district, she says, should be paying for the professional care required.

“When you talk about relationships and boys and trust, I feel like that was a major deceitful act,” the mother said. “This was a person she really liked.”