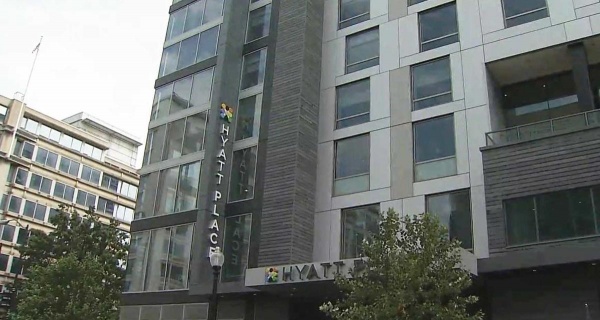 A teacher in California allegedly had sex with an eighth-grader while chaperoning his spring class trip to Washington, DC, authorities said.

Jacqueline Nicole Muller, a 26-year-old teacher at Salem Lutheran School in Glendale, was arrested Monday on charges of first-degree child sexual abuse after the encounter with the 14-year-old male student at a hotel in the nation’s capital on May 9, according to charging documents obtained by WRC-TV.

After connecting on Instagram in March, the boy told police he and Muller began talking about photography and other mutual interests before they kissed about a month later, court documents show.

Muller and the teen allegedly had sex at a Hyatt Place hotel in southwest Washington, just blocks away from the National Mall. They also had sex a second time later that day at another hotel in Virginia, authorities said.

The alleged encounters came to light when the teen’s parents discovered text messages on his phone, some of which indicated a relationship well beyond a typical teacher-student bond.

“Hope you slept well my love,” one message read. “Missing you.”

The teen’s parents also learned from other chaperones that their son had been alone with Muller for about an hour one night during the trip. The boy later told his father about the secret meetings, WRC-TV reports.

Five days after the alleged encounter, the teen’s parents met with school officials, including interim principal Pamela Perry, who later reported the allegations to child protective services. Muller subsequently apologized in a letter to Perry, according to court documents.

“It pains me that my actions have led to this point,” she wrote.

Ali Smyser, president of Salem Lutheran Church, told The Post that Muller resigned after law enforcement officials were notified of the allegations.

“Salem Lutheran Church and School takes the safety of our students very seriously and will always do everything in our power to protect them,” Smyser said in a statement. “It is not our intention to comment further on this matter while it is being adjudicated.”

Attempts to reach Muller were not successful.

One of Muller’s relatives posed as the teen weeks after the alleged encounter, prompting the teacher to try to set up a meeting while stressing the need to be inconspicuous.

“Whatever you do, please don’t say that we’ve been talking,” Muller wrote. “We can’t see or speak to each other until this thing blows over … Hopefully after graduation but not sure.”