Outrage As Doctor Is Sentenced To Probation For Raping Hospital Patient 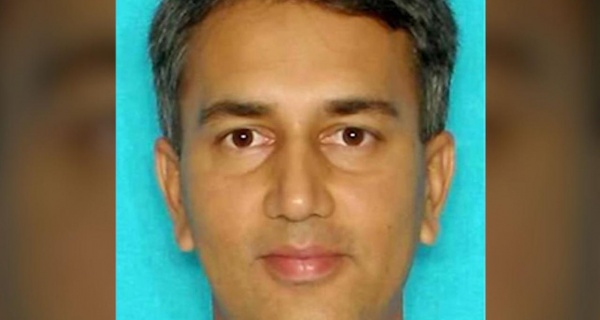 When a former Houston doctor was sentenced to probation Friday for raping an incapacitated patient at a county hospital, the punishment surprised defense attorneys, disappointed law enforcement, elicited concern from a rape victims advocacy group and sparked outrage on social media.

The doctor, who has been stripped of his license, admitted during the trial that he had sexual contact with the woman during the night shift at Ben Taub Hospital in 2013, but told jurors it was consensual. Although he was not assigned to her case, he slipped into her room anyway after he noticed her breast implants.

Veteran defense lawyers with no connection to the case called the outcome “unusual” and “a big victory” for the defense, explaining there was a very high likelihood a person who did not turn himself in to law enforcement and misrepresented the assault would face prison time.

The jury five women and seven men sentenced Dr. Shafeeq Sheikh, a former Baylor College of Medicine resident, to 10 years on probation for raping the patient while she was tethered to machines and receiving treatment for an acute asthma attack.

The jurors found Sheikh guilty Thursday after deliberating for 14 hours over two days. The conviction means Sheikh, 46, must be a registered for the rest of his life as a sex offender. Jurors recommended the 10-year probated sentence for the doctor and suspension of a $10,000 fine after deliberations on Friday, recommendations that visiting Senior District Judge Terry L. Flenniken was required by law to follow.

During argument for the sentencing phase of the trial Friday, Assistant District Attorney Lauren Reeder asked jurors to keep in mind that Sheikh exploited his access to harm a vulnerable person.

“He sought her out. He chose her to prey on,” Reeder said, noting that Sheikh checked the woman’s chart and knew exactly what medicines she had been prescribed. “You know he’s the type of man who would go in multiple times, testing the waters, seeing how far he could go and get back to his normal business after that.”

The prosecutor said she hoped the jury would also consider the fact that after the assault, Sheikh went on to get another job and practiced medicine at Houston Methodist Hospital until the time police arrested him.

“You know he’s the kind man of who walked around for two years before he was charged with this… knowing what he did,” the prosecutor said.

Sheikh’s defense lawyer, Stanley Schneider, asked the jury to have mercy on a man whose wife and children had suffered greatly from his actions and who had been punishing himself for five years for this one shameful, erratic act. He said he hoped they would sentence Sheikh, who has no prior felonies, to probation.

After the sentencing, the victim said through a former attorney that she had no comment on the punishment and wanted to put it all behind her and move on.

Sheikh, who has been free on bond, also declined comment. After the judge adjourned, Sheikh sat with some family members outside the courthouse having lunch at a picnic table.

“After being presented all the evidence, the jury convicted this man of rape and decided that he should be sentenced to 10 years of probation,” Schiller said. “The jury voted on behalf of the community to determine his sentence, and although prosecutors sought prison time, we respect this process, and the jury’s decision, which carries with it a lifetime of registering as a sex offender.”

It took investigators two years to charge Sheikh in the 2013 assault. He was only then, in 2015, that the Texas Medical Board revoked his license, finding that he posed “a continuing threat to public welfare.”

Stefanie Asin, a representative of Houston Methodist Hospital, said Sheikh worked briefly for the hospital system following his time at Baylor, “but (he) was immediately suspended and then terminated when we learned of the allegations and the suspension of his license.”

She noted that at the time Sheikh worked for Methodist none of the allegations had surfaced, adding, “There were no reports of misconduct or any incidents involving this doctor while he was at Houston Methodist.”

Both the victim, who is now 32, and the former doctor took the stand during the eight-day trial, providing contradictory accounts of what happened the night of Nov. 2, 2013. The victim said a doctor came to her bedside in the dark and began touching her breasts during a chest exam. She said she was weak, sore and confused, and tried to summon a nurse with the call button. The man returned two more times, and raped her without using a condom.

Sheikh said the patient took his hand and placed it on her breasts. He was intrigued by her breast implants and returned to her room again. At this point, he testified, she began touching his genitals and demonstrated with her body language that she wanted to have sex with him. He said he knew it was a breach of his marriage vows and the Hippocratic oath, but he succumbed to his impulse. He told jurors he understood that it was consensual sex.

The Houston Chronicle does not identify victims of sexual assault.

The woman, who was identified previously in a series of Houston Chronicle columns by Lisa Falkenberg as Laura, reported an assault by an unknown doctor the same day. Sheikh told jurors he checked her chart several times that day after he heard she had told officials it was a rape. He said he told his wife about his infidelity right away but he didn’t come forward to hospital officials because he panicked about the consequences.

Police eventually got a list of every man on the premises that night and began collecting cheek swabs of willing subjects. Sheikh only provided one when he was subpoenaed, according to a law enforcement source. DNA evidence from the woman’s rape kit implicated Sheikh as a likely suspect. Sheikh had been working a night shift as an internal medicine resident. He was seen on surveillance video on the woman's floor and his badge was used to swipe onto her floor that night at least 12 times.

One factor that could have impacted what some saw as a lenient sentence was the testimony from his wife, brother and family friends, who spoke about his vital role as the father of four children.

Attorney Paul Schiffer, a former prosecutor who has devoted more than four decades to defending people charged with sex offenses, said he thought Sheikh was fortunate.

“Defendants who take the stand and deny they’re guilty statistically are in a worse position to get probation,” Schiffer said. “But various factors, including their history while on bond and the impact incarceration, could have on their own children can be a significant factor.”

He and Kiernan, who also defends people accused of rape, said it also may have been the case that jurors had residual doubt about his culpability.

Kiernan suggested there was another important factor jurors may have mulled over.

“The real question is whether the best interest of the defendant and society are served by sentencing him to the penitentiary,” he said.

Sonia Corrales, chief program officer at the Houston Area Women’s Center, was unfamiliar with the case but said there should be equity in sentencing violent offenders.

“Oftentimes, perpetrators will attempt to minimize the severity of their actions by claiming it wasn’t sexual assault, but was consensual sex,” she said. “Sexual violence is a willful choice a perpetrator makes to harm another human being and should be addressed by the criminal justice system with the same severity as any other violent crime.”