Watch: Trayvon's Parents Talk About Jay-Z And Their New Movie 'Rest In Power' 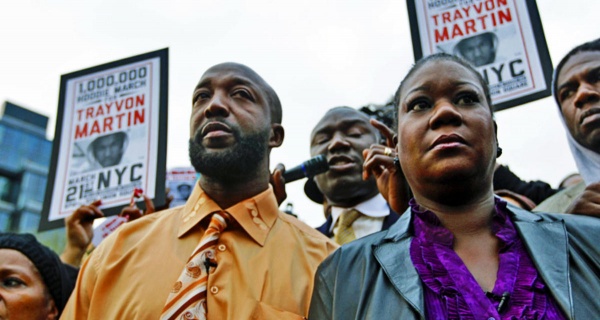 Date Posted: Tuesday, July 31st, 2018
Surrounding the release of the six-part documentary series Rest in Power: The Enduring Life of Trayvon Martin, centered on the death of 17-year-old Trayvon Martin, Martin’s parents Sabrina Fulton and Tracy Martin appeared on Hot 97 and explained (around the 9:50 mark) why JAY-Z was a good fit as executive producer for the series.
“One of the things I always say is that JAY-Z was the person that came to the table, but who we met with was Shawn Carter,” Sabrina said. “It was a different person—he’s more business. He talks as a father, a husband, a son-in-law. It’s a different type of person that comes to the table when you’re doing business. It’s not the JAY-Z that I go to the concert, Hov, that I see at his concerts and TV and stuff like that. It's not the same person, and a lot of people don’t understand that until they do business with him. But the business, Shawn Carter, came to our meeting and he expressed to us that this was something that he really wanted to do.”
Tracy also touched on the fact that George Zimmerman not only stalked an investigator working on the docu-series, but was also stalking a producer (around the 16:55 mark). “That just shows how society works,” Tracy said. “That here’s a known killer and he moves when he wanna move. And he moves in an area that he wants to move in. Don’t get it twisted—he’s not gonna move in society where society can see him. He’ll move in his little pockets and he’ll threaten the people that he wanna threaten.”
In May, Zimmerman received a criminal summons and was charged for stalking the investigator. Zimmerman allegedly called the investigator 55 times, left 36 voicemails, and sent him 27 emails, plus 67 texts, in a nine-day period.