Would You Kill For Her? 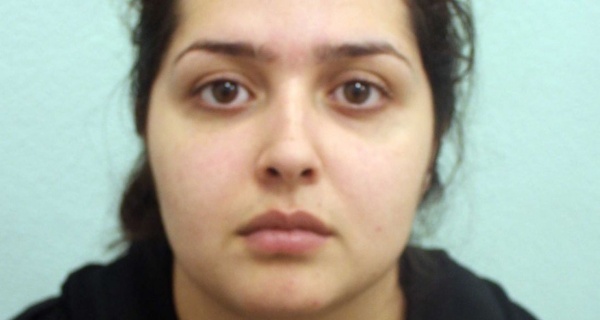 A “Snapchat queen” who had her boyfriend killed and uploaded footage of him bleeding to death onto the social media app is facing years behind bars.

Fatima Khan posted the video of dying 18-year-old Khalid Safi with the caption “That’s what happens when you f–k with me.”

The 21-year-old office worker, nicknamed “The Snapchat Queen” by her own lawyer, was addicted to the app and loved showing off to her friends online.

Before Safi’s death, Fatima posted stories bragging about her luxury vacation in Qatar while ignoring his messages.

She also branded him a “lowlife” before recruiting 19-year-old Raza Khan, a rival for her affections, to attack Safi outside a coffee shop in London.
Fatima locked herself in the cafe bathroom to make sure the victim remained at the scene until the killer arrived.

Raza then plunged a knife into the heart of Safi, a refugee from Afghanistan who spent time in the Calais, France, “Jungle” before settling in the UK five years ago.

Fatima denied planning the attack and claimed that she made the “disgusting” decision to film Safi dying because he had previously attacked her.

Fatima was cleared of murder but convicted of manslaughter after a jury of seven women and four men deliberated for 18 hours and eight minutes. Raza is still wanted by police.

Fatima wept in the dock and held her hand to her mouth as she gazed up shaking her head at the public gallery. Judge Michael Topolksi remanded her into custody ahead of sentencing on July 30.

Fatima had been in a relationship with Safi for around two years before his death.

She had also gone out with Raza in around 2013 and a fight between the two men ended with Raza stabbing Safi in the shoulder.

Prosecutor Kate Bex said the relationship between Fatima and Safi was “clearly coming to a head” in the week before the murder.

Safi bought her a watch as a present but when he turned up at her home, she threw the gift at him out of the window.

On December 1, 2017, Fatima met up with Safi after finishing work at Vigilant Security at around 5 pm.

The pair were captured on CCTV walking around together, at one point entering a gym before heading to a pedestrian area outside a coffee shop.
Avideo recorded on her phone during their journey showed Fatima calling Safi a lowlife and telling him to stop crying.

When Raza arrived at around 6:30 pm, he seemed to “know exactly where he was going” and confronted Safi, who was armed with a screwdriver.

CCTV cameras captured the pair fighting for around 15 seconds before Safi collapsed with a fatal stab wound to the heart.

Fatima made no efforts to help her partner either during or after the attack.

“Instead, she returned to the scene after Raza Khan had inflicted the fatal wound and videoed Khalid Safi as he lay dying in a pool of his blood on the pavement,” Bex said.

Fatima was also heard calling a friend to pick her up, saying: “Where the f–k are you? You need to hurry the f–k up. Everything’s got f–ked.”

Fatima told jurors that she had asked Raza for a loan of a few hundred dollars because she was overdrawn at the bank.

She said she panicked when Raza arrived and the fight started and walked off.

Asked why she filmed Safi bleeding on the ground, she said: “It is so shameful. It’s disgusting. It wasn’t even directed at Khalid – the message wasn’t for him.”

“I was just tired of it, getting assaulted before and him punching me again. I just wrote that so that people didn’t try to assault me or harass me.”

Her lawyer, Kerim Fuad, told the court: “She may be Ilford’s Snapchat Queen. I do not say that to make light of it, but she is another example of a youngster who seems to live her life through the prism of Snapchat.”

“You may think she sees more of life through her phone than with her eyes.”

Bex told jurors: ‘The prosecution case is that she willingly and knowingly entered into a joint enterprise with Raza Khan to cause serious injury to Khalid Safi and that her role was essential to the success of the plan.”

“She told Raza Khan where to find Khalid Safi and she ensured that Mr. Safi was still there by the time Mr. Khan traveled to the scene.”

A $6,500 reward for information on the whereabouts of Raza Khan is being offered by the independent charity Crimestoppers.