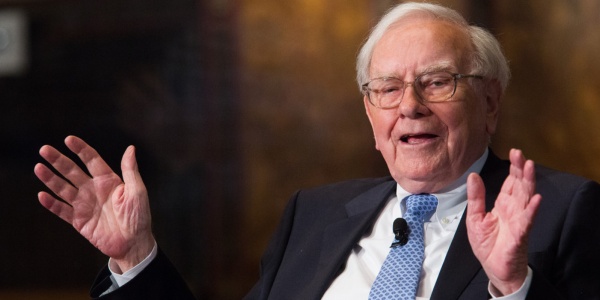 Date Posted: Wednesday, July 18th, 2018
Warren Buffett donated $3.4 billion to five charitable foundations, Berkshire Hathaway stated Monday. The massive philanthropic effort is a part of Buffett’s lifetime pledge to divest part of his stock in Berkshire Hathaway (BRK.A) each year.
Buffett, 87, announced the pledge in 2006. His donations — which total about $31 billion to date — go to five organizations including the Susan Thompson Buffett Foundation, named for his wife and run by his children, and the Bill & Melinda Gates Foundation.
In 2010, Buffett partnered with Gates to create the Giving Pledge, a public commitment through which billionaires commit to donating half of their wealth to philanthropic causes of their choice. As of May 2018, there are 183 pledgers from 22 countries. The list includes the cofounders of Airbnb, Facebook CEO Mark Zuckerberg, former New York City mayor and Bloomberg CEO Michael Bloomberg, and Oracle founder Larry Ellison.
Buffett is the world’s third-wealthiest person with a net worth of about $83 billion, trailing only Amazon’s Jeff Bezos and Gates. On Monday, it was announced that Bezos is the richest person in “modern history.” His worth recently hit $150 billion. Bezos has yet to sign onto Gates’s and Buffett’s pledge.
“It does come down to, you know, in the past, being rich just meant you had the ability to dominate as much land as possible,” Udland said. “You had the most armies. You had the most gold. You had the most slaves. Whereas now there’s the most stuff to buy. So would you rather have $150 billion to buy rockets, and buy big houses, and buy private planes, or would you like to control all the lands, basically, between modern Germany and modern Turkey? I don’t know. “
In Buffett’s case, he’d prefer to give away his wealth.
“I’m not an enthusiast for dynastic wealth, particularly when 6 billion others have much poorer hands than we do in life,” Buffett famously said in 2006.
He updated his pledge in 2010, writing: “More than 99% of my wealth will go to philanthropy during my lifetime or at death. Measured by dollars, this commitment is large. In a comparative sense, though, many individuals give more to others every day.”