25-Year-Old Man, Who Posed As A High School Student, Faces New Charges Over His Relationship With 14-Year-Old Girl 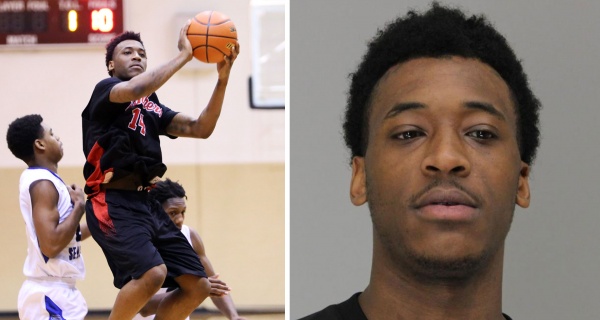 A 25-year-old man accused of posing as a Dallas high-schooler to relive his basketball glory days now faces a charge of indecency with a child.

Sidney Bouvier Gilstrap-Portley, 25, was arrested Tuesday, accused of dating a 14-year-old girl while pretending to be a 17-year-old sophomore at Hillcrest High School.

He was released Friday after posting bond on the second-degree felony charge, according to court records.

The girl was in her first year at the school when she met Gilstrap-Portley through a mutual friend, according to an arrest warrant affidavit.

She knew him as Rashun Richardson; he even had "Rashun" tattooed on his hand. She also knew he was a 10th-grader who played basketball and "was very good at it," she told police.

The mutual friend told Gilstrap-Portley that the girl, who told him she was a year older than she was, liked him, so he asked their friend to give the 14-year-old his Snapchat information.

The two talked over the messaging app and by phone and hung out at school, even leaving campus together to eat lunch at McDonald's.

"One day, while she and the suspect were walking through the locker room, the suspect asked her to kiss him and so she did," the affidavit says.

In a later encounter, while the two took the girl's nephew to a park, the couple stayed in a car and kissed, and the suspect touched her breasts over her clothing, the affidavit says.

Later, the suspect asked her to have sex, but the girl declined, according to the affidavit.

Another witness, who said she was in a relationship with the suspect and had a child with him, said she knew he was impersonating a high school student so he could resume his basketball career and was not aware of his relationships with other students.

The woman and Gilstrap-Portley both attended North Mesquite High School as teenagers, and he graduated from the school seven years ago — and even went on to a brief collegiate career at Dallas Christian College.

The ruse at Hillcrest High ended in April when Gilstrap-Portley's former coaches in Mesquite spotted him playing in a tournament and recognized him and told the Hillcrest coach.

"One of my former players who graduated a time ago is playing for you," a Mesquite coach said, according to a Dallas ISD spokeswoman.

Gilstrap-Portley was first arrested in May on a charge of tampering with government records.