A Couple Discusses Their Journey From Debt To $1.5m In Savings 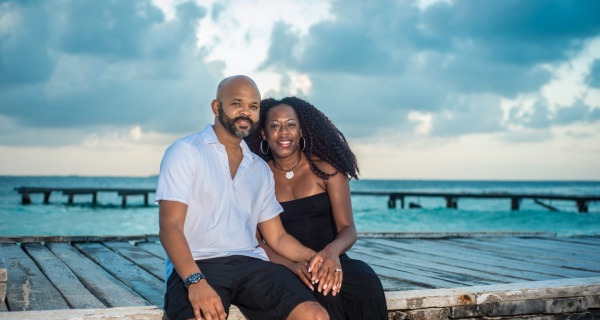 When Al and Lesia Riddick got married 16 years ago, they had about $150,000 in debt, including a student loan, a car loan and a mortgage.

Now they’re debt free and have about $1.5 million in savings, despite the fact that their income was essentially cut in half for a while, after Al lost his job in 2010.

How did they do it? In addition to the obvious — cutting expenses — a big part of their success has been careful planning.

Tackling debt — and a new career

About two weeks after Lesia and Al met, Lesia bought a new car. “I was so excited. ‘I got a car!’ He just looked at me like, ‘You already had a car. Why did you need a new car? That’s just more debt,’” she says. “So I brought a car note into the relationship, but we paid it off and I’m still driving that car.”

The car wasn’t the only thing they paid off. Soon after they married in 2002, Al and Lesia started to focus on tackling their debts. They trimmed expenses, including ending a tendency to frequent high-end restaurants. They paid off all of their debt, including their mortgage, by the end of 2007.

Over those five years living in Cincinnati, their annual household income averaged about $149,000. Lesia is an engineer who works in IT, and Al worked at a pharmaceutical company. The couple doesn’t have kids.

In 2010, Al got laid off. Still, he says, “When you lose a 16-year job but you have no debt whatsoever, it allows more options in life. Option A was to get another job, and option B was to follow my passion and purpose to help other people become more financially fit, so that’s what I did.”

Al then launched Game Time Budgeting, a company that offers educational seminars to help people become financially fit. He also wrote “The Uncommon Millionaire,” a book about his money philosophy.

Al and Lesia, both 43, have always made a point of deciding each month where their money will go the following month.

“When we sit down and have our monthly meetings, we become broke on purpose,” Al says. “Every dollar of income that’s coming into the house, we spend it virtually first, before we ever get it.”

That is, they allocate their income to groceries, savings, philanthropy — any and all of their expenses. That includes travel. The Riddicks take three international trips a year, in addition to smaller weekend trips.

Q&A with Al and Lesia

How did you pay down your debt?

Al: We paid down our debt from smallest to largest: student loan, Lesia’s car, and the house. [The Riddicks started paying off their debts in September 2002 and by April 2004 had paid off the student loan and the car loan.]

As you can imagine, any extra money went toward paying down this debt. Thankfully, this was a good sales year at my job, so bonus checks went toward debt elimination as well. We cut back on everything in 2007. … We also lowered our retirement contributions that year to generate additional cash flow. They went back up to the max in January of 2008.

Some of our friends think we’re kind of weird, but we don’t think we’re weird. … Sometimes people expect you to live in a bigger home and drive big fancy cars that cost a lot of money, but we just choose to live a different lifestyle. At the end of the day, it’s really all about choice.

Lesia: A lot of times people say, ‘You’re still driving that old Toyota?’ … I’m like, “This is why we can go on vacation, because we choose not to spend money on cars.” … I love couponing. We go to the matinee for movies. So we find other things we save on, but a lot of that money goes to our vacations. That’s what we like to prioritize.

How do you handle money together?

Al: We are rarely surprised from a financial point of view as far as the decisions we make throughout the month. Every month, the last week, we sit down and have a finance meeting [that lasts about half an hour] and at the end of every year we have a year-end review. … That meeting is about two hours.

Lesia: It’s kind of a celebration, too. We go through everything we’ve accomplished, even small things, like the first time we went to see this or traveled here. … It’s even things like accomplishments at work, or accomplishments that Al has at his business. Everything we want to highlight for the year.

Al: Once you reach the end of a year, you’ll shock yourself to see how many fun things you’ve done throughout the year. And then we talk about some of the vacations that we might want to take for the next year, and we just go from there.

Lesia: We also have our own allowances. … So that allows for the spontaneous spending. … It’s your personal money. You always get the same amount every month. So you can have fun as well.

Al: And the agreement we have with each other is neither can comment on how the other spends their allowance.

Lesia: What really makes it work is that we have a partnership. We trust each other.

Do you plan to retire early?

Al: Right now we’re in what I call the wealth accumulation phase. We just want to continue to live well below our means to create options in the future. It’s not like either of us is going to stop working tomorrow, because we like what we do, but we want [to retire to] an island in the Caribbean.