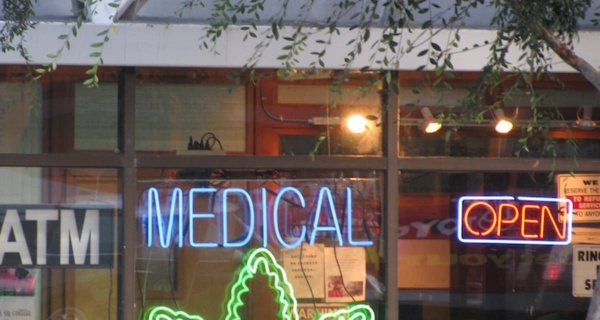 It looks like calling the police on people of color for no good reason could yield some consequences. One white woman, who called the police on an 8-year-old selling water outside of her apartment building, is now losing business for it.

The woman, identified as Alison Ettel, is the CEO of TreatWell Health—an edibles company that specializes in cannabis options for pets. After footage of her calling the cops on a child went viral, people flocked to her company’s Twitter account to flood it with negative comments.

At least one company that does business with Ettel is responding to the incident by pulling her products from its dispensary. “As of today, Magnolia will no longer be carrying Treatwell Tinctures,” a post from Magnolia Wellness, a dispensary in Oakland, California, reads. “After seeing this video of their CEO, calling the police on an 8-year-old entrepreneur selling water on a hot day, we decided without hesitation that we could no longer patronize her company."

Magnolia’s General Manager Katie Rabinowitz told Complex the store has stocked TreatWell products for the past three years and were among the store’s most popular items. She recognized Ettel in the viral video after it was shared by Shaun King, and immediately reached out to her company’s CEO. “After seeing the video from yesterday, the fact that it was one of the best sellers was no factor in making the decision to part ways with the brand,” Rabinowitz said.

“We want to provide our members and our patients with products that share in the values of passion, integrity, and community,” she added. Rabinowitz’s goal is that Magnolia’s decision will “hopefully set a tone for other businesses.”

The woman could have avoided this whole situation by minding her own business. Instead, she called the police on an 8-year-old girl in San Francisco selling water outside of her own home. The girl’s mother captured the incident on Instagram.

“Make this b---- go viral like #bbqbecky she’s #permitpatty,” she wrote in the caption. “Would you rather my daughter be out here getting into s---? An 8-year-old selling water in front of her apartment building where she’s lived her whole life is NOT a reason to call the Police.”

In the video, the girl’s mother is heard saying, “The whole world is gonna see you, boo,” as Ettel attempts to hide from the camera. Ettel then stands up and accuses the child of “illegally selling water without a permit” as she's on the phone. The police never showed up, according to the girl's mother.

This dent in Ettel's business is still nothing compared to the emotional, and possibly life-threatening, damage that comes from calling the police on people of color who're sitting in a Starbucks, taking a nap, leaving their Airbnb, touring a college, having a cookout, and yes, selling water.