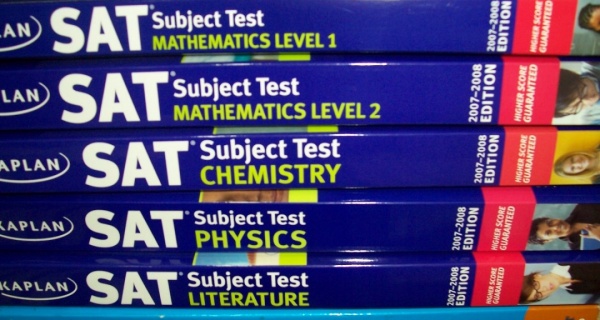 Date Posted: Friday, June 15th, 2018
The University of Chicago announced Thursday it will no longer require its American undergraduate applicants to submit ACT or SAT scores, making it the most prominent institution to make the exams optional.
Several smaller liberal arts colleges— and a few first-tier research universities— have already taken the step, but the move from the University of
Chicago (ranked #3 in the U.S. News & World Report’s national university rankings) marks a watershed moment in the higher education world.
The new policy, which is being implemented starting with the Class of 2023, is meant to help even the playing field for students coming from low-income and underrepresented communities, university officials said.
In addition, the university announced it will also start providing full-tuition scholarships for students whose families earn less than $125,000 per year and expand scholarships available to veterans and children of police officers and firefighters. Applicants will now also be able to submit a two-minute
“Today, many under-resourced and underrepresented students, families and school advisers perceive top-ranked colleges as inaccessible if students do not have the means to help them stand out in the application process,” James Nondorf, vice president, the university’s dean of admissions, said in a statement. “We want students to understand the application does not define you — you define the application.”
Advocates for minorities have long complained that the ACT and SAT keep black, Latino and American Indian applicants out of elite universities.
Seventy percent of Asian test takers and 59% of white test takers achieved the reading and writing as well as mathematics benchmarks on the SAT—what the College Board says indicates a student is likely to have success in certain college courses, according to 2017 results. Meanwhile, 27% of American Indian, 31% of Latino and 20% of black applicants reached the benchmarks.
The College Board, the organization that administers the SAT, contends standardized tests remain pertinent, because grade inflation in U.S. schools is higher than ever. From 1998-2016, high school GPA has increased by .11 GPA points, according to U.S. Department of Education data. At the same time, U.S. high school officials are less frequently disclosing students' class rank, adding another layer of fog for admissions counselors reviewing transcripts.
“The College Board continues to help students clear a path to college across a changing college admission landscape," the organization said in a statement in response to the University of Chicago announcement. "With our members, we redesigned the SAT to make it a more fair test for all students, and we revolutionized test prep with free, personalized practice. We will always bet on students and firmly believe that all students can practice, improve, and show they’re ready for college.”
A recent study from the National Association for College Admission Counseling of 28 colleges with a total of more than 950,000 students found a sharp increase in applicants at institutions that adopted test-optional applications — 29% for private schools and 11% for public institutions.
The study concluded that high school GPA had a stronger correlation with college success for those who don’t submit their ACT/SAT scores.
Students who declined to submit ACT/SAT scores had slightly lower high school grades than students who did submit test scores, the study found. The study also found students who opted not to submit test scores had slightly lower GPAs during their first year in college compared to students who did submit test score.
“However, they ultimately graduated at rates equivalent to, or marginally higher than, submitters, the ultimate proof of success,” the study concluded.