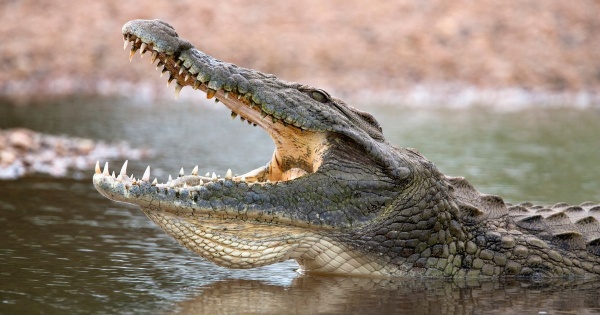 Date Posted: Wednesday, June 6th, 2018
A Protestant pastor was killed by a crocodile during a baptism ceremony in an Ethiopian lake, according to the BBC.
Docho Eshete and about 80 members of his congregation gathered Sunday morning at the southern end of Lake Abaya — close to a national park where enormous crocodiles have been reported to cover the shore.
Normally, the animals are a tourist draw. But the Telegraph reported that Lake Abaya has lately had a shortage of fish, and the crocodiles have become aggressive toward humans, who have little chance to spot them in the lake’s murky red waters.
“He baptized the first person and he passed on to another one,” a resident of nearby Arba Minch told the BBC. “All of a sudden, a crocodile jumped out of the lake and grabbed the pastor.”
While hardly an everyday occurrence, crocodile attacks are a known risk in Ethiopia — as in Florida or any region where they thrive. When the Wabe Shebelle River in southeast Ethiopia flooded in 2006, Reuters reported, government boats came under attack, hindering relief and rescue efforts.
An Israeli conservationist did not think any crocodiles would dare attack his canoe when he took it out on the Ethiopia’s Omo River in 2014, the Ethiopia’s Omo River in 2014, the Jerusalem Post reported. One did, and the conservationist lost a chunk of his leg before he escaped.
Eshete was not that fortunate. A police officer, Eiwnetu Kano, told the BBC that fishermen and residents of the town tried to rescue the pastor.
Ultimately, they managed to save only Eshete’s corpse from the crocodile — dragging it from the lake with fishing nets as the crocodile disappeared into the water.
According to the Telegraph, lake and riverside baptisms are common in many African countries, the risks notwithstanding.