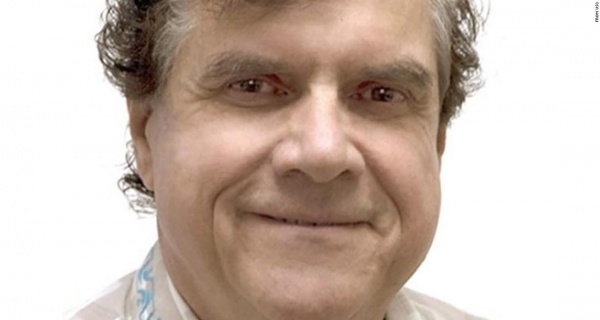 The Los Angeles Police Department is investigating complaints from 52 women who were patients of a longtime gynecologist at the University of Southern California, which has been rocked by accusations that it covered up sexual misconduct.

Police said the exams conducted by Dr. George Tyndall at the student health center "appear to go beyond the norms" of gynecological procedures and medical practice. They are working with prosecutors to determine if any crimes were committed.

"We're not experts in gynecological exams," said Capt. William Hayes, adding that detectives are consulting with renowned doctors and a rape crisis center to figure out what's simply inappropriate and what might be illegal.

Hayes said that over the course of a nearly three-decade career, Tyndall may have seen more than 10,000 students at the USC clinic. About 300 have called a hotline set up by USC, but the LAPD is asking that possible victims contact police directly.

The police appeal comes amid a growing number of civil suits filed against USC and Tyndall, who has denied wrongdoing.

A complaint filed Tuesday says that USC was warned about Tyndall's behavior before it hired him as a full-time employee.

As a medical resident at USC Medical Center in 1988, he allegedly had a woman taking part in a clinical trial strip completely naked, made inappropriate comments about her breasts, penetrated her with ungloved fingers and fondled her genitals.

The patient, the suit says, was disturbed enough to complain to the medical center.

"I did not understand the doctor's behavior and language towards me which was startling and offensive, and I left feeling as though I had been molested and mistreated during my exams," the unidentified woman wrote in a letter to the medical center billing office, according to the court papers.

The following year, USC hired Tyndall to work at the campus health center, where he worked until last year.

USC officials have acknowledged that complaints about Tyndall had been lodged as far back as 2000, but said the supervisor of the health center chose to investigate them on his own and did not bring them to the attention of school leadership.

A 2016 complaint sparked an internal investigation that led USC to begin termination proceedings against Tyndall. But the school admits that after he threatened to sue, he was allowed to resign in exchange for a settlement.

A Los Angeles Times investigation into Tyndall triggered an avalanche of complaints from former patients who say he made lewd comments and subjected them to unnecessary invasive exams, and more than a dozen lawsuits have been filed.

USC President C.L. Max Nikias announced plans to resign last week as the board of trustees said it had "heard the message that something is broken."

University officials have said that any claim that the school concealed misdeeds by Tyndall is "patently false." They did not immediately respond to a request for comment on Tuesday's court filing.

The lawsuit includes two other plaintiffs. One of them said that on her first-ever visit to a gynecologist for a yeast infection in 2013, Tyndall made her strip down for a "mole check," groped her breasts with ungloved hands and put his ungloved fingers in her, supposedly to see if a speculum would fit.

The other woman saw Tyndall between 2013 and 2016 and said he referred to her genitalia as "beautiful" and made comments like, "You look like a model. I bet your mom looks like a model too."

NBC News' efforts to contact Tyndall were unsuccessful, but he previously defended himself to The Los Angeles Times, saying his exams were thorough but not sexual. In a letter to the newspaper, he said he knew of only one patient complaint about him, for not wearing gloves during a pelvic exam — which he said was false.

John Manly, the attorney who filed Tuesday's suit, called for independent investigations by law enforcement into Tyndall and USC.

"Why did USC hire a man to provide intimate medical care to vulnerable young women after receiving a credible complaint of molestation by a patient?" he said in a statement announcing the suit.

"How could they allow him to continue treating patients for 30 years amid continuous complaints of sexual harassment and abuse? How and why did they allow Dr. Tyndall to quietly retire with a golden parachute without revealing what they know to the police or the California Medical Board?"

Manly is also representing scores of women who accused gymnastics doctor Larry Nassar of molesting them under the guise of exams and treatments. Michigan State University, which employed Nassar and was accused of ignoring complaints about him, agreed to pay $500 million to settle lawsuits earlier this month.