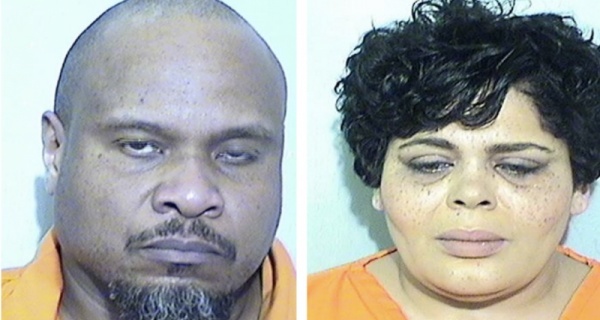 A former downtown Toledo pastor, his wife, and his daughter were each sentenced by a Toledo Municipal Court judge Monday for their involvement in a dispute that stemmed from the pastor’s affair with a Sunday school teacher.

Toledo Municipal Court Judge Amy Berling gave Mr. Morris one year of probation and ordered him to have no contact with the victim.

The pastor’s wife and daughter were each sentenced to six-week alternative programs after which, if successfully completed, their cases will be dismissed and their records may be sealed. The prosecutor’s office did not object because of a lack of prior records and the victim’s failure to appear.

Miss Morris also apologized for her involvement, while her father declined to comment in court Monday.

The three were each originally charged with felony offenses of aggravated robbery, though the charges were reduced to misdemeanor offenses, based on further investigation, to which the Morrises entered no-contest pleas in April.

Days before the incident erupted at the church, Mrs. Morris began receiving taunting text messages about her husband’s affair, said her lawyer, Ronnie Wingate. One of the first messages Mrs. Morris received stated, ‘Your husband is having an affair with a member of the church,’ along with messages relating to Mrs. Morris being “stupid” for not being aware of what was going on in her family life, said Mr. Wingate, who also represented Miss Morris.

Mrs. Morris confronted her husband, and he “confessed and discussed the matter with his wife,” said Mr. Morris’ attorney, Neil McElroy. The family’s emotions were rather raw during the days leading up to the incident, he said.

On Feb. 18, Mrs. Morris and her daughter went to the basement of the central city church, where they encountered Nickema Turner, according to a Toledo police report.

“An argument ensued and the alleged victim became aggressive. At this point, Ms. Kamali Morris stepped in to defend and prevent her mother from being assaulted by this complainant. A fight ensued,” said Mr. Wingate.

Once the fight began, other members of the congregation rushed to the basement to break up the fight.

The fight ended and the family began to leave, Mr. Wingate said. As they were walking to the door, the woman allegedly grabbed a metal instrument from the church’s kitchen and ran toward the family, both lawyers said.

“Mr. Morris, who has a concealed-carry permit for protection of his own family, protection of his parishioners, had his firearm with him that day,” Mr. McElroy said. “When the complainant came at them with all he knew was something from the kitchen that was metallic, he did, in fact, pull his weapon. He acknowledged that.”

There was no bullet in the chamber, and no shots were fired, Mr. McElroy attorney said.

The woman then retreated while the pastor’s family left. Mrs. Turner then went to police, which resulted in the initial felony charges being filed against the family.

Mrs. Turner was not present in court Monday. The Blade left a message for her that was not returned.

Members of St. Paul’s AME Zion Church — including Rev. Mellody Bowen-Hall — were present. Church elders have agreed to allow Mr. Morris to search for other employment, his lawyer said.