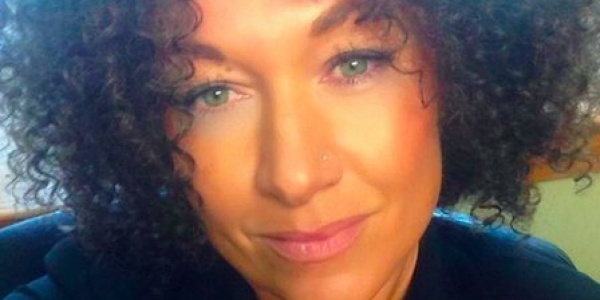 Dolezal, who legally changed her name to Nkechi Diallo in 2016, is accused of stealing $8,847 in food and child care assistance dating back to August 2015, according to court documents obtained by KHQ-TV. She is charged as “Nkechi Diallo also known as Rachel A. Dolezal” with first-degree theft by welfare fraud, second-degree perjury and false verification for public assistance.

Local reporters who went to her Spokane home seeking comment said she declined to say anything and closed the door.

The investigation into Dolezal began in March of last year when an investigator from the Washington Department of Social and Health Services learned she had written a book that had been published. The investigator did further research into the book’s publisher and discovered “a typical contract would include payments of $10,000 to $20,000 as advances against later royalties,” according to documents.

At this time, Dolezal had been reporting a monthly income of less than $500, which came from child support payments. She resigned from the NAACP in June 2015 when her parents revealed she was actually white, and claimed that since then she had been unemployed and unable to find work, the Spokesman-Review reported.

When asked how she was paying her living expenses, she was quoted in the documents saying, “Barely! With help from friends and gifts.”

But, a review of Dolezal’s self-employment records, which included bank statements, revealed a less dire situation.
In total, between August 2015 and September 2017, Dolezal’s bank statements showed she had deposited nearly $84,000, documents said. Investigators believe the money came from her book, speaking engagements and selling art, soaps and handmade dolls.
In 2017, Dolezal reported a “change of circumstance,” citing a “one-time job” for “speaking and voice overs” she did in October that earned her $20,000, according to documents.

Documents show Dolezal was made aware that she would be criminally prosecuted if she “willfully” made a false statement or failed to report things.
Dolezal was called in for an interview with an investigator in April during which she was informed that the investigation was about her “discrepancies in reporting.” Dolezal responded that she had “fully disclosed her information and asked what discrepancies,” the investigator said.

Then, Dolezal reportedly told the investigator that “she did not have to answer,” cutting the interview short.

Refusing to answer questions has proved to not be a good defense for Dolezal.

Dolezal’s story of posing as an African American captured headlines in 2015.

She was outed as pretending to be African American after her carefully constructed image was shattered during an interview in 2015 when she was asked a single question: “Are you an African American?” Dolezal did not answer and instead walked off-camera.

Dolezal is the subject of a Netflix documentary called “The Rachel Divide,” which was released in April. According to a statement from Netflix, she was not paid for the project.

If found guilty, Dolezal could face up to 15 years in prison and could be ordered to pay $8,887 as restitution. She may also be disqualified from receiving food assistance for at least a year, documents said.

Dolezal is expected to appear in court on June 6, KHQ-TV reported.