Man Shot Trying To Protect His Daughter From Her Husband's Ex 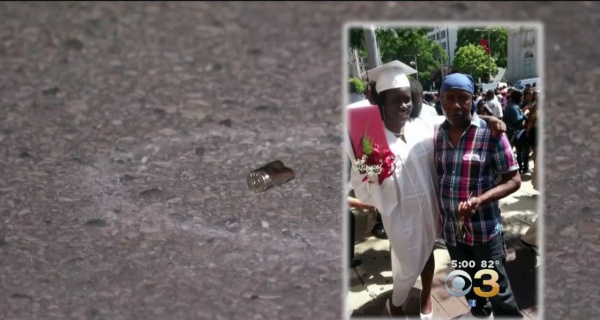 A father risked his life to save his pregnant daughter on her wedding day when gunfire broke out in their Kingsessing neighborhood on Sunday night. Philadelphia police are investigating whether jealousy sparked the double shooting.

Police say 74-year-old Frederick Waring is in critical condition when he jumped in front of his 23-year-old pregnant daughter in front of their home just hours after she got married. Waring was shot 10 times.

“The father of the 23-year-old victim jumped in front of his daughter and obviously took the brunt of the injuries,” said Philadelphia Police Lt. John Walker.

The woman was shot twice, but her gunshot wounds don’t appear to be affecting the health of the twins she is carrying.

Police say the daughter posted a photo of her wedding on social media and her husband’s ex-wife saw it. Police say the ex-wife confronted the pregnant woman with two other men.

“The ex-wife of the individual she married saw it on social media,” said Walker. “After the social media post, she approached the new wife. There was some type of altercation or fight. As that escalated, some males that were in the group, at least two, pulled out handguns.”

On Monday night, police located the vehicle they believe belongs to the ex-wife lodged into a brush near the shooting location. The car is now being tested for forensic evidence.

Police are still searching for the 25-year-old ex-wife and say it’s in her best interest to come forward.

“She needs to come in and do the right thing and provide us with the information on what actually occurred from start to finish, or not, and we will confer with the district attorney’s office and I’m sure charges will go against her,” said Walker.

Police have executed several warrants searching for the ex-wife. Investigators are actively going to locations they think she could be at.

Anyone with information about the incident is asked to contact Southwest Detectives.